Italian filmmaker Luca Guadagnino (I Am Love) reteams with Tilda Swinton for this fresh, tricky drama about four people whose lives are inextricably intertwined. A remake of the 1969 French classic La Piscine, it's a twisted story packed with insinuation: fast, funny and surprising. The actors infuse each scene with a spark of lusty intrigue, while Guadagnino makes everything look gorgeous.

It's set on an isolated island off the coast of Italy, where rock goddess Marianne (Swinton) has gone to recover from vocal chord surgery, so she can only speak in a whisper. She's accompanied by her long-time younger boyfriend Paul (Matthias Schoenaerts), and as they relax naked together in the sunshine their idyll is invaded by Marianne's hyperactive ex and Paul's old friend Harry (Ralph Fiennes), who proceeds to strip off and cavort around the pool, as if he was invited. He brings along his moody daughter Penelope (Dakota Johnson), who immediately begins to flirt with Paul. It's clear that Harry wants Marianne back after all these years, so there's some real tension quietly gurgling up between these four very different people.

Each of the actors gives a remarkably open-handed performance. Swinton and Schoenaerts are enjoyably evasive, firm in their feelings for each other and united against this onslaught. Johnson is terrific as the surly outsider who conceals her agenda to everyone except the movie audience. By contrast, Fiennes is hysterically talkative, never sitting still as he pushes everyone's buttons with his strong opinions and riotous actions. It's the film's flashiest performance, and it's utterly magnetic. And all of the actors are wonderful at suggesting things about their characters' inner motivations that perhaps they don't want to admit to themselves. Yes, this is a story about the deepest elements of being human, animal instincts that can cause problems in the modern world if we forget that they're part of what makes us alive.

Marianne Lane is ready for a relaxing European vacation, re-energising after a particularly busy time in her rockstar career with her younger filmmaker boyfriend Paul on the sun-kissed Sicilian island of Pantelleria. While enjoying their break, however, Marianne gets news of her record producer former boyfriend Harry bringing along his daughter Penelope for a visit. She's thrilled at seeing her old friend again and invites him and his daughter to stay with them, to the great displeasure and suspicion of Paul. Marianne and Harry's close relationship incites a bubbling pit of jealousy within Paul, especially when it becomes clear that Harry wants to replace him in Marianne's life. There's tension between everyone, and when Penelope begins to take an interest in Paul, it seems all relationships are forced to a breaking point that none of them can control.

Claire is left broken-hearted when her best friend Laura passes away at a young age. She vows to keep an eye on her young daughter Lucie, as well as her husband David. Claire's husband decides to contact David and invite him out to dinner as an offering of sympathy, but Claire begins to find herself with feelings about David she never thought she'd have. However, things get even more complicated when she discovers that David has a secret passion; a hidden persona that he has never before revealed - and it's easy to see why. Nonetheless, Claire's feelings for him begin to intensify over this now shared secret, resulting in a relationship that would surely bring scandal on them both if anyone were to discover them. 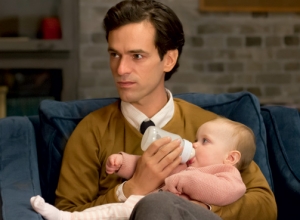 Claire is left broken-hearted when her best friend Laura passes away at a young age....