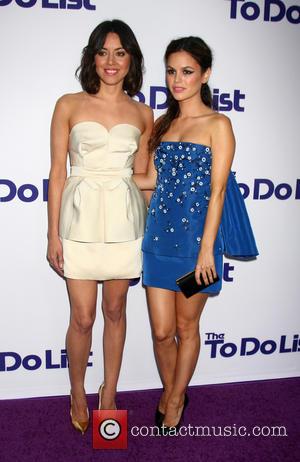 The Scott Pilgrim Vs. The World star was given access to writer/director Maggie Carey's journals as she researched her life for the coming-of-age film and she read all about her sexual high jinx, but she was taken aback when she arrived on set and was told she'd have to perform what she had read.

Plaza tells Wenn, "I didn't realise when I was reading, 'and then Brandy masturbates... and her sister walks in,' how it would be shot. I saw that the camera was mounted on the ceiling and I was wearing just a pro-Clinton T-shirt and my underwear. I kept thinking, 'There's gonna be some camera trickery,' but no I had to put both my hands on my vagina and just do it; so that was memorable!"