The actresses playing Jem and the Holograms have been announced, but how's the movie shaping up?

We’ve been excited about the prospect of the ‘Jem and the Holograms’ movie ever since it was announced last month. Ok, originally we had some concerns to get over, namely that Jem was in the hands of Justin Bieber’s manager Scooter Braun, but once we learnt not to make people guilty by association the idea of a Jem movie became more and more appealing. Now things really seem to be taking off with a synopsis and the main cast being revealed. So how is 'Jem and the Holograms' on the big screen looking so far? 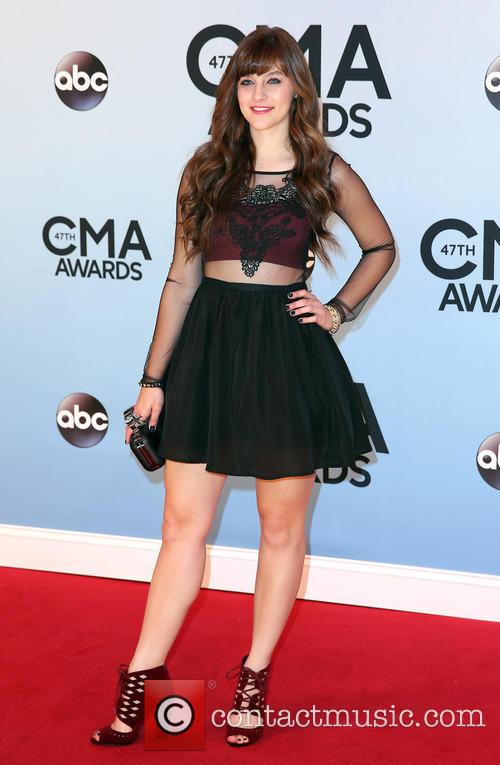 To get you up to speed, last month Bieber manager Scooter Braun announced he would be teaming up with Paranormal Activity producer Jason Blum and director Jon M. Chu, of questionable G.I. Joe: Retaliation fame, to make an up to date movie version of ‘Jem and the Holograms’. The show was an 80s cartoon which focused on ‘Starlight Music’ company owner Jerrica Benton who’s alter ego is Jem the lead singer of the band the Holograms. Jerrica had a cool computer created by her father which she used to transform herself into the pink haired Jem. The Holograms also had some nasty musical rivals named The Misfits and when Jem wasn't fronting a cool pop band she was acting as the foster mother to 12 children. Braun and the rest of the new Jem crew said they wanted to movie to be a ‘'modern day live action reinvention'’ of the Jem character and they were even ‘crowdsourcing’ ideas for the project from fans and inviting them to send in audition tapes.

We’re not sure what exactly happened to the crowd sourcing of ideas, but we do now know the four actress that will play Jem and her Holograms. Taking the lead role of Jem is Aubrey Peeples, who is unfortunately best known for her role in Sharknado. Recently Aubrey’s had a recurring role as Layla Grant on ABC’s ‘Nashville’. For those who aren’t watching the country music drama, the character of Layla is, well, annoying when on screen and forgettable when off. She’s meant to be a talent show runner up turned would be rival to the series main star Juliette Barnes, but apart from her singing, her scenes are always a bit lacklustre. Although her portrayal of Layla Grant is just one part of Aubrey’s CV it’s hard to tell wether she’s really a good fit to play the badassJem and considering her other major role is in Sharknado, the jury is still out on this one. 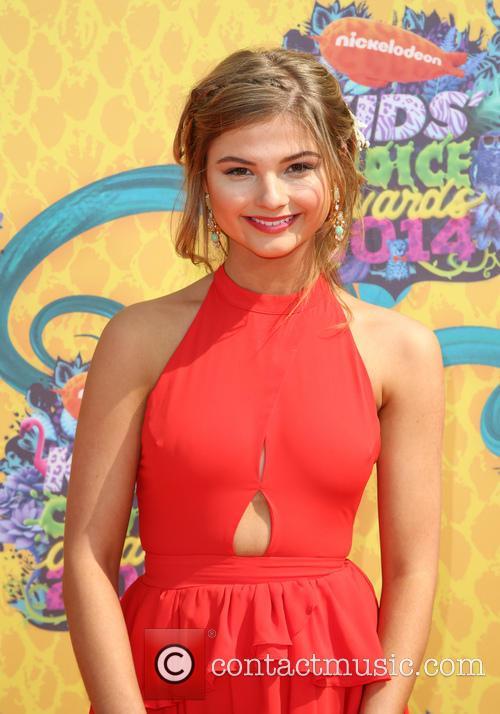 As for Kimber, the Holograms keyboardist and Jem’s sister, Ant-farm star Stefanie Scott has been cast. Hayley Kiyoko, who’s played Velma in two Scooby Doo movies and currently stars in ABC Family’s ‘The Fosters’ will play Aja, the band’s lead guitarist. Joining them as bassist Shana is Aurora Perrineau who is best known for her work on ‘Pretty Little Liars’. M.i.a. is Hologram’s drummer Carmen, but hopefully this is just a case of the right actress not being found yet rather than the character not appearing.

We also now know a basic outline for the movie's plot, which will see Jem as an orphaned teen who becomes an online recording star after “she and her sisters embark on a music-driven scavenger hunt — one that sends them on an adventure across Los Angeles in an attempt to unlock a final message left by her father.’’ There’s also plenty more roles left for the producers to cast, namely the Holograms rivals The Misfits. So far the rumour mill is looking towards Ariana Grande, Kelly Osbourne, and Jordin Sparks having roles but there’s been no confirmation. As for the male lead, Rio Pacheco, there’s no word there either, but filmmakers will need an actor with purple hair.

So what’s our verdict on Jem and the Holograms so far? Let’s just say we have apprehensive excitement. There’s no doubt Jem is an awesome character that could capture the imagination of a whole new generation of young girls, but Aubrey Peeples doesn't have us totally convinced. Still it does look as if the team are really trying their best to do Jem justice on the big screen, lets just hope the ‘truly outrageous’ spirit of the cartoon isn't lost for the millennial generation. 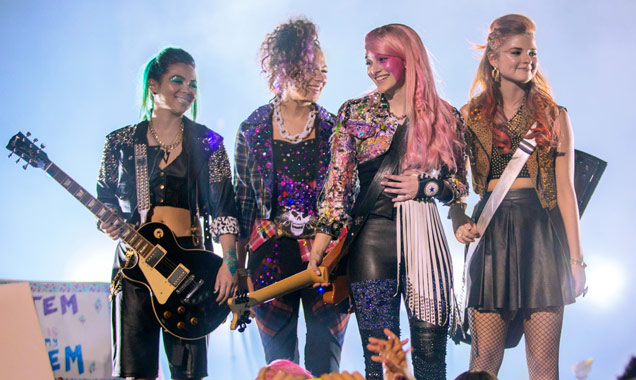 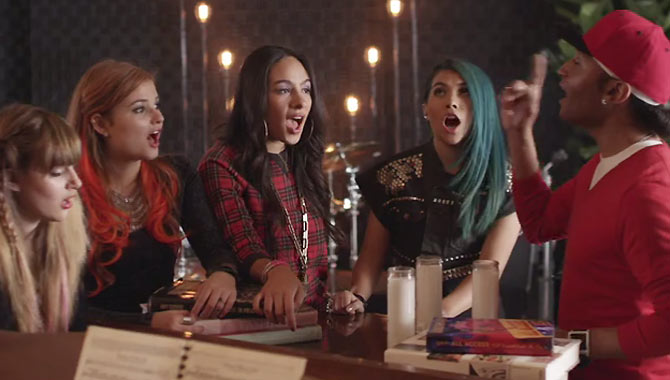 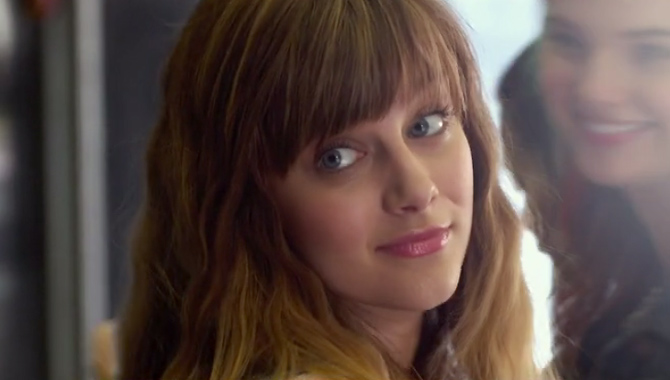