Au Revoir Simone's fourth album proper, 2013's Move In Spectrums, has been completely remixed and reinvented for this 2014 release, less imaginatively titled Spectrums. The three piece Brooklyn based synth pop purveyors of backwards glancing dreamy electro have had all and sundry twiddling and tweaking with their original material. The result is this sprawling expanse of rather self-indulgent narcissism. 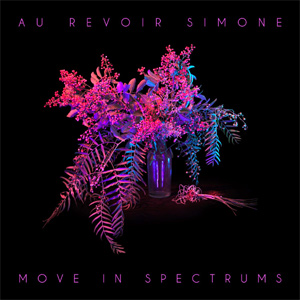 Ever since the hedonistic days of the 80's a remix or two have been de rigueur for any EDM oriented band. The halcyon days maybe long gone together with the shoulder pads and red bracers brigade but there is still plenty of artistry to bestow and bequeath as tracks are taken and remodelled by each new producer.

Results are mixed (no pun intended) here. 'Somebody Who' gets four quite different make-overs, the light, fresh, funky and airy NZCA/Lines remix, the rather darker and dirtier Shoes and  San Zhi remix, the less successful deconstructed Machines In Heaven remix and finally the Funky Town flavoured Dubka remix. There are two versions of 'Crazy', with the Orbital infused instrumental Birthday Sex remix being by far the more superior. The Pete Wiggs reworking of 'We Both Know' works well and is certainly more imaginative and not as dull as the rather dour White Collar Boy effort. Both versions of 'Love You Don't Know' (I Am The Cosmos and BEAMS) add little or nothing new of note to the original. Firstlythe Prince like take and secondly the bass heavy scuzzy reworking fail to enhance the Au Revoir Simone master track.

Spectrums is not the first remix album that Au Revoir Simone have compiled so I doubt it will be their last. Whilst it clearly has a part to play in their portfolio and will no doubt please avid enthusiasts, as an album it doesn't really work. By the very nature of the fact that the originals have been altered in various ways and to various degrees means that there is little chance that you are going to like every version so some of the album becomes immediately redundant. Spectrums is an interesting collection but unfortunately not necessarily a good album. 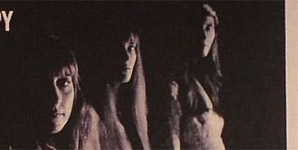