Atreyu - Her Portrait In Black Video 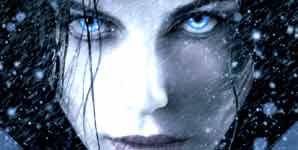 UNDERWORLD EVOLUTION SOUNDTRACK ALBUM
Underworld and it's accompanying soundtrack albums are perhaps the most thoughtful, valued and respected genre film soundtracks continuing in the proud tradition of The Matrix, The Crow and Spawn.
As Underworld Evolution continues the saga of the story, so does the new Soundtrack Album continue the tone set musically. On this new album is the exclusive debut solo recording from Chester Bennington, and a new exclusive recording by Puscifer. Chester Bennington is of course best know as the lead singer of iconic rock band Linkin Park. Likewise Pusicfer who contributed to the first Underworld album, is a new outlet for the highly respected, and commercially successful music genius Maynard James Keenan. Maynard is best known as the frontman of both Tool and A Perfect Circle. Also a contributing member of Puscifer is Danny Lohner, the famed former Nine Inch Nails guitarist who is also a sought out songwriter, producer and remixer.
Every song on the album is exclusive to this set at the time of release. In addition to those above are exclusive contributions from such varied and respected artists as My Chemical Romance, Slipknot, Meat beat Manifesto, Cradle Of Filth as well as some the most exciting new emerging and critically acclaimed bands such as Atreyu, Hawthorn Heights, Senses Fail, Alkaline Trio, Aiden, Lacuna Coil, Trivium and more.

Many of these tracks proudly feature exclusive remixes by some of the most respected and sought after talents such as Danny Lohner, Chris Vrenna, cEvin Key and The Legion Of Doom. Both Danny Lohner and Chris Vrenna bring unique musical experience and sensibilities as former members of seminal rock band Nine Inch Nails. cEvin Key is the co-founder of Skinny Puppy and an established artist in his own right, remixing various artists of stature and releasing many solo albums under different titles. Jack Dangers new exclusive Meat Beat Manifesto song features the artists first use of vocal performance in over six years, which is a rare treat indeed for fans.

Atreyu, Her Portrait In Black, video... 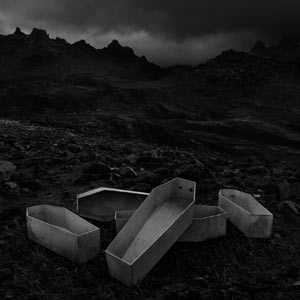