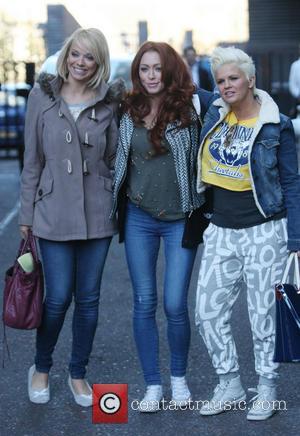 Kerry Katona has let it slip that she, Liz MCClarnon and Natasha Hamilton are hoping to release the project next year (15).

She tells Britain's The Sun, "Atomic Kitten are doing a new album. I'm not sure if I'm allowed to say, but we are. There'll be a tour all over the world with just the Kittens.

"The new music will be the original signature sound, which is cheesy pop. That's what people loved. We can't try and go funky when we're competing with the likes of Rihanna and Beyonce."

The original Kitten trio recorded one album together, Right Now, which was a flop, but the group hit the top of the charts when Katona quit and Jenny Frost replaced her.

The group reunited for British Tv show The Big Reunion, but Frost couldn't take part because she was pregnant.

Atomic Kitten release Southgate You're The One...