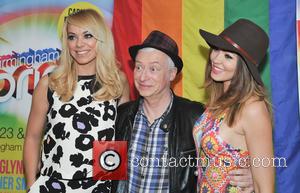 A Sussex police spokesperson tells The Sun newspaper local cops responded to a report suggesting a woman had been assaulted at the couple's home.

The representative confirms Kay was arrested on suspicion of causing actual bodily harm to a 35-year old woman, believed to be Katona, who was found with "bruising to her face and arms".

The spokesperson also tells the publication the former rugby player was in unlawful possession of a Taser.

The Atomic Kitten star and her third husband Kay have been married since September (14), and have a one-year-old daughter.