Review of Is This Hyperreal? Album by Atari Teenage Riot

If you ever wondered what it would feel like to be trapped inside a Marxist washing machine, then this is the album for you. Your stomach will churn and turn as Atari Teenage Riot's thudding beats fling you hither and thither, spinning you and dizzying you. You'll try to surrender, to lose yourself in the swilling testosterone, but Alec Empire, Nic Endo and CX Kidtronik won't let you relax; there's a class war to wage. 'Capitalism! You're a little fat man in a big expensive car, hanging over a ravine here!', they scream. 'There's a unified axis of government and corporate power! Lawless and unrestrained!'. Slogans and rallying cries abound. 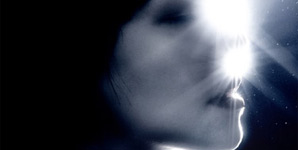 Your reaction to this might be a raised eyebrow and a quizzical look. You might, like several reviewers, feel slightly embarrassed for a band who are still preaching the socialist gospel, and are still treating rock music as a vehicle for simple political polemics. But you shouldn't. You shouldn't because, however easy it may be to treat socialist rhetoric as rather quaint and gauche, the banking crisis and recession have leant this stuff a real relevance. Whether you agree or disagree with them, they have something to say about some events which are affecting us all right now. And you shouldn't because simplicity can be a virtue in rock music; three minutes blasts of noise just aren't suitable vehicles for more nuanced commentary. I'm sure Empire could write some lyrics explaining Marx's labour theory value if he wanted, rather than shouting 'There's a class war going on! And it's the rich who are waging it!'. But he didn't, because it would have sounded rubbish. Instead, he's written lyrics which have a real anger and energy to them, even when they sound trite (or grammatically unsound: 'How much bullets will it take'? Really?). So while the indie criterati have been quick to lambast the band's politics and lyrics, their criticisms don't wholly hold up.

It's also a little too easy to patronise their music. Despite having re-jigged their line-up, Atari Teenage Riot still sound much the same as they did way back in the antediluvian nineties, when they pioneered the techno/punk fusion called digital hardcore. They make music which is difficult to describe without using metaphors of violence; the beats hit fast and hard, the guitar rips into you. It's music which is perfectly suited to the lyrics; it's direct, uncomplicated, urgent and heart-felt, powered by testosterone and rage. Imagine Primal Scream's xtrmntr, but with a more consistently frantic pace and a greater commitment to perforating eardrums.

Again, I see you looking sceptical. Dance-rock? In 2011? Music so out-of-time that it can easily be compared to albums released a decade ago? Well, Is This Hyperreal? will undoubtedly be most popular amongst rock fans of a certain age; those who enjoyed Atari Teenage Riot first time around and want to wallow in some nostalgia (possibly while engaging in some embarrassing-Dad dancing). But while the record isn't a classic - nothing here is an outright game-changer, and the lack of variety in tone and palette can be wearying - it's good enough to merit investigation by non-fans. Besides which, the band's stylistic molotov cocktail is so energetic that, frankly, you'll have no time to ponder whether it's dated. It's not music which you can use to soundtrack any other activity, but if you're prepared to give it your full attention it's frantic fun.

Atari Teenage Riot - Is This Hyperreal?