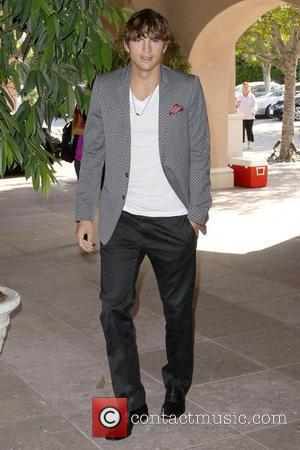 Ashton Kutcher's love for chat website Twitter.com has hit a new high after the actor discovered his online followers could help him improve his movies.
The actor and his wife Demi Moore have been outspoken fans of the forum since last year (08), and Kutcher recently chalked up one million Twitter fans in a much-publicised cyber battle with news network CNN.
And now he's using 'tweets' to solve on-set dilemmas.
He reveals, "I was doing a movie and we had a scene that we were working on and we were trying to come up with a joke and we had the writers coming up with stuff and nothing was, like, ringing, and so I just went on Twitter and I asked my Twitter people... 'Give me a joke for this scene... and they gave me, like, 5,000 jokes that were like amazing. I tried a bunch of them."
And now Kutcher is considering doing away with screenwriters altogether and making a movie with his anonymous Twitter.com followers.
He adds, "We could actually do a movie and we'd like 'collabo-write' it with the people on Twitter."