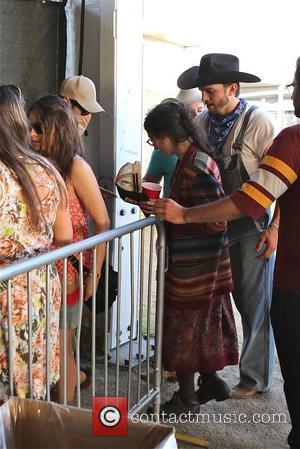 Ashton Kutcher is learning Russian as he wants his first child with actress Mila Kunis to be bilingual.

After months of hiding her pregnancy, the Black Swan beauty opened up about her unborn child in an interview on a U.S. talk show this week (ends09May14), revealing she and fiancee Kutcher have already planned the birthing process and picked a name for their child.

She also confessed the couple wants the child to speak both Russian and English, in honour of Kunis' mother tongue.

The actress, who was born in Ukraine before moving to the U.S. aged seven, tells host Ellen DeGeneres, "He's been taking classes for probably like six months now. He does it twice a week, a woman comes to the house and gives him lessons."

Kunis would not reveal the gender of her unborn child or when she is due to give birth.