Ashton Kutcher has topped Forbes' Rich List of highest paid TV actors, but his 'Two and a Half Men' predecessor failed to make the cut. 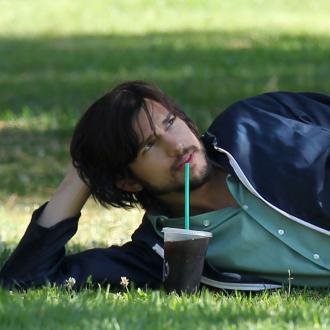 The Hollywood hunk rocketed to the top spot on Forbes' Rich List, knocking his rival off the list altogether thanks to his new role on 'Two And a Half Men.'

According to Forbes magazine, Ashton earnt $24 million from May 2011 to May 2012, whereas Charlie topped the list last year with $40 million.

The publication commented: ''Kutcher took over for Charlie Sheen on 'Two and a Half Men' and quickly became one of the highest-paid men on television. Ratings have slipped a bit but the show is still a bona fide hit for CBS.

''In addition to acting, Kutcher is an active Silicon Valley investor. He got in early on Skype, Spotify and Airbnb which is now worth $1 billion.''

Since Ashton took over from volatile actor Charlie after his highly-publicised meltdown, the show's ratings have stayed strong with 12.4 million viewers per episode.

'Two and a Half Men' is still one of the most-watched sitcoms on TV, and Ashton's co-star Jon Cryer also came in at number seven.

Ray Romano, Mark Harmon, Patrick Dempsey and Hugh Laurie made the cut for the second year in a row.