The 36 year-old actor partied in Las Vegas with 40 other male friends to celebrate his good pal's 40th birthday. 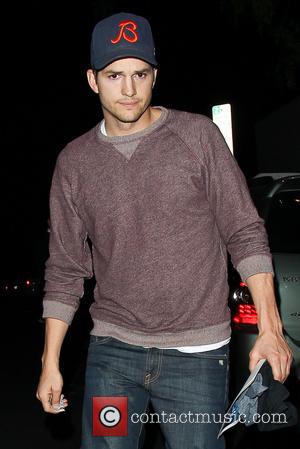 Ashton Kutcher enjoyed a guys' trip to Las Vegas this past weekend to celebrate the 40th birthday of his good friend, television producer Luke Watson.

The 40 plus party of male friends kicked off the celebrations on Friday night (May 9th) by watching the NBA playoff game between the Los Angeles Clippers and Oklahoma City Thunder, while eating in a private dining room at Stack restaurant.

A source, who was allegedly close to the group of friends, told People Magazine: "Ashton was super nice to everyone and while he was there, he left for a minute to take a call from Mila [Kunis]."

The next day the festivities began around 1 p.m. as the group were spotted arriving at Liquid's pool lounge at Aria, to which Kutcher "was super casual, wearing a Chicago Bears hat," the insider added.

Following their relaxed afternoon, the 'Two and a Half Men' actor and his friends attended Haze Nightclub at ARIA later that night, and enjoyed partying until the early hours.

"They arrived around 12:30 a.m. and were all wearing Dallas Cowboys hats," the insider told the mag. "They were out and about until around 3 a.m."

Kutcher's fiancé, Kunis, did not accompany him for the weekend antics at Sin City, but this may be because she finally confirmed her pregnancy while appearing on 'The Ellen DeGeneres Show', which aired last Friday.

Although the 30 year-old actress refused to reveal when their baby is due, and teased Ellen by saying, "Sometime this year. I promise you, it will be this year," she did divulge several details on the actual birth, including her desire for it to be natural.

"We watched a couple of documentaries and we looked into the...midwife aspect of it and things, and spoke to my OB/GYN and realized that the hospital that I'm going to be laboring in does a midwife, you know, doula type of thing," she explained to the host. "So I'm gonna do it as all-natural as I possibly can unless there's an emergency or something." 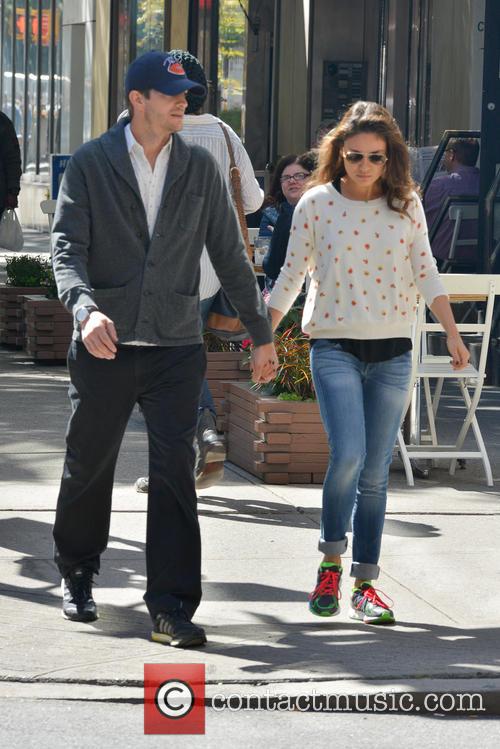 Kunis did not go with Kutcher to Las Vegas