From That 70’s show, to Demi Moore, to divorce, to dating That 70s Show co-star Mila Kunis, Ashton Kutcher has never been far from the headlines. It’s the acting string to his bow that has been under the spotlight recently, and the 35-year-old has been talking to Esquire about that part of his life. 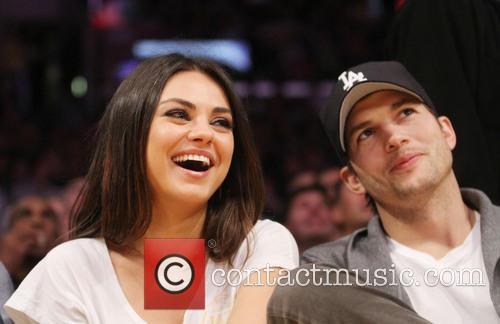 Ashton Kutcher and Mila Kunis watch the LA Lakers vs. Phoenix Suns at the Staples Center

"I know exactly what films I've done that ... suck ...," Kutcher said. "And I know the ones that are good, that people like. And I know it not because of the box office, because the box office is not going to tell you the truth. I know it because I have friends that don't hold back. They don't depend on me for money or employment. They're just friends. Friends tell the truth." His friends, or "data nodes", as he calls them, give him good adive ("data chips.") that he uses to define his career. That’s normal, right?

Unfortunately for Kutcher and Apple fans alike, jOBS – in which Ashton plays the Apple legend – might go down as one of the films that sucks. 43% on Rotten Tomatoes isn’t the worst we’ve seen (see the latest Die Hard effort) but it certainly isn’t the best. "Jobs was an extraordinary guy, but a very ordinary guy in many ways," Kutcher said. Perhaps that’s why the film is so ordinary then. Perhaps.

"My big thing is, fail fast. If you're going to [fail], get it over with," Kutcher adds. "That's one of the things I talk to the companies about, the ones we work with. I'm like, look, it didn't work. Fine. Move on. It's a tricky thing to figure out .... That's when you have to surround yourself with brutally honest people who will be like, 'Dude, you suck at this. Stop.' I have, like, two or three really strong data nodes that I know will tell me: 'I don't get it.' "