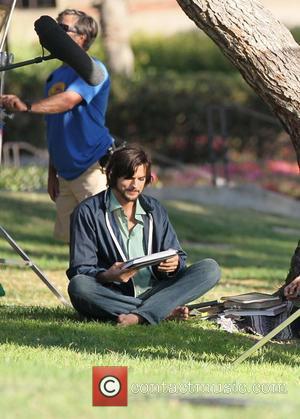 Ashton Kutcher is the latest celebrity to have been targeted by the "swatting" phenomenon currently sweeping the United States. For those not currently aware, swatting is the term given to a hoax phone call given to the police or emergency services that claims that an incident is happening at a specified address. The apparent punchline for the caller is that, if it's taken seriously enough, the services will send a full team down there causing huge financial and time inconvenience for them and shock for the home owner. What a hoot.

Sky News are reporting that the Los Angeles police are investigating one such hoax call made to Kutcher's house; according to reports, a woman called officials to say that robbers were inside the house and that she had locked herself in one of the mansion's bathrooms after gunshots were fired. TV pictures did show three people being arrested by the police, but it's understood now that they feel that this may have been a case of swatting.

Miley Cyrus was another who recently found herself the target of a swatting attack, as police surrounded her house after reports of a disturbance, only to find that no such incident had taken place. Criminal charges await for anyone found connected with the Kutcher incident.