Ashton Kutcher Has Heaped Praise On His Former Stepdaughter Rumer Willis After Reading A Hard-hitting Essay She Wrote About Bullying For Glamour Magazine. 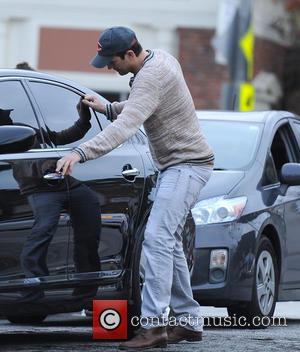 In the piece, the 26-year-old actress/singer detailed her personal struggles with online bullying, and offered others suffering at the hands of tormentors advice on how to overcome the worst and build up confidence.

Many readers applauded Willis for her thoughtful article, and now her former stepfather has offered up his congratulations for a piece well written.

The actor took to Facebook on Monday (15Jun15) and, alongside a link to an article about Rumer's inspiring essay, he wrote, "It's amazing that you're telling your story and speaking up for other women."

He later tweeted, "Rumer I'm so proud of you. You are an artist of movement."

In her essay, Willis urged women to be more compassionate towards one another, writing, "We all need to stop bullying ourselves and being cruel to other women. Attacking one another instead of supporting one another has become the norm. Life's hard enough as it is. Let's find strength in the fact that we're different and unique."

The 26-year-old daughter of Bruce Willis and Demi Moore also admitted she "struggled a lot" with body image and was "constantly bullied" for her looks.