Ashton Kutcher is being lined up for a role in the third 'Ghostbusters' film, with director Ivan Reitman saying he was a ''possible'' star. 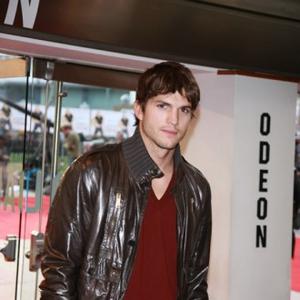 Ashton Kutcher is a "possibility" for a role in the new 'Ghostbusters' movie.

Director Ivan Reitman - who worked with Ashton on new romantic comedy 'No Strings Attached' - confirmed actor Bill Murray has seen a script for the third movie in the series but no final decisions had been made on casting.

When asked if 33-year-old Ashton would be involved with the project, he added it was "absolutely possible".

Meanwhile, Bill - who played Dr. Peter Venkman in the first two instalments of the sci-fi comedy - has revealed he knows The Script exists but he has yet to read it through because it's not "the foremost thing" in his mind.

He told radio host Howard Stern: "I guess I'm the problem. Before I was an asset, now I'm a problem. There's a script somewhere but I haven't read it yet.

"I'll get to it, I gotta get to it. I feel bad. It's nor the foremost thing in my mind, so I don't think about it. You know, the studio gets excited every 10 years or so. What they'd really like to do is recreate the franchise."