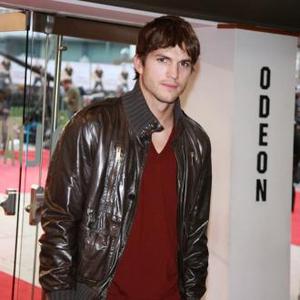 Ashton Kutcher bought Mila Kunis a $5,000 phone case engraved with both their initials.

The 'Two and a Half Men' actor reportedly designed the bejewelled case himself, with Pink crystals and a heart encircling both their initials in real diamonds, leaving the 'Ted' actress thrilled.

A source told National Enquirer magazine: ''He spent five thousand bucks on Mila's case. Needless to say, she loved it!''

It had recently been claimed Ashton and Mila are living together and how the former 'That '70s Show' co-stars are inseparable from each other.

A source said: ''They're basically living together. Like any new couple in love, they're pretty much joined at the hip.

''They've been sneaking around for months but there's only so long you can keep it quiet. They're staying with each other most nights. Mila's practically moved in to Ashton's Hollywood home.''

Ashton's marriage to Demi Moore broke down last November, following reports of his cheating and the 'Ghost' actress is said to be devastated he has now found love with Mila.