Get your hankies ready, because Jackie and Kelso have tied the knot in real life!

Congratulations are in order for our favourite Hollywood couple, as Ashton Kutcher and Mila Kunis are finally married! After some intense speculation over the couple’s status a source has confirmed to People magazine that the pair are in fact now husband and wife, having said ‘I do’ over the Fourth of July weekend. 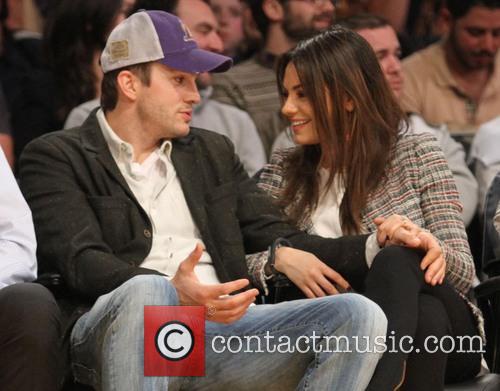 Ashton and Mila are said to have married in a private ceremony, though no details about the nuptials have been confirmed by the couple. The pair first met way back in 1998, when they were both cast in Fox sitcom, ‘That ‘70s Show’.

Though the couple didn’t begin dating until years after the series ended their chemistry was always there and Kunis recently admitted that her first ever kiss was with her now husband. "My first real kiss ever was with him on the show," the actress told W magazine. "We all get movie star crushes. I’m marrying mine."

The pair were first reported to be dating in April 2012 and they announced their engagement nearly two years later in February 2014. In October of last year the couple welcomed their first child, a daughter named Wyatt Isabelle.

Speaking to Ellen DeGeneres soon after baby Wyatt’s arrival, Kutcher gushed over Kunis and their new family. "The most amazing thing about having a baby is my partner, Mila. She's greatest mom—I can't even!" Kutcher said. ”Like I go to work every day and I come home and she's perfect. And it just seems like everything went amazing.

“And I know that something probably didn't go amazing, but she never complains. It's unbelievable. She's incredible.” Ashton and Mila’s relationship really does read like Hollywood fairytale come true and we know these two will have many happy years ahead of them. Congratulations guys! We're so happy to know that everything worked out for Jackie and Kelso eventually.