Childhood: Ashton Kutcher was born in Cedar rapids, Iowa. His father, Larry, was a factory worker and his mother Diane was employed by Proctor & Gamble. Ashton has a sister Tausha and a twin brother who suffers with cerebral palsy.

Kutcher studied at Washington High School, before his family moved to Homestead Iowa, where he attended Clear Creek Amana High School. It was here that his love of acting began, when he appeared in school plays.

Ashton Kutcher had something of a troubled childhood and an attempt to commit suicide by jumping from a hospital balcony when he was 13 and was thwarted by his father. His parents divorced when he was 16 and in his senior year at high school, he was arrested after breaking into his school at midnight to steal money.

Motivated by a desire to find a cure for his twin brother's heart condition, Ashton Kutcher enrolled at the University of Iowa to study biochemical engineering. After being approached by a scout he entered the 'Fresh Faces of Iowa' modelling contest and won a trip to New York to attend the International Modelling and Talent Association Convention. He dropped out of university and eventually relocated to Los Angeles to pursue a modelling career.

Career: After achieving some success as a model, Ashton Kutcher was cast as Michael Kelso in the TV series That '70s Show, which ran from 1998 to 2006. Other actors to have starred in the show include Mila Kunis and Tommy Chong.

After losing out to Josh Hartnett for a role in Pearl Harbor in 2001, Kutcher found his niche in comedy films. One of the best known of these is Dude Where's My Car, which was release in 2000 and also starred Seann William Scott. In 2003, he starred in Just Married, with Brittany Murphy and Guess Who in 2005, with the late comedian Bernie Mac.

Kutcher also had a brief role in the 2003 family film Cheaper By The Dozen - a family film, featuring Steve Martin and Hilary Duff. The following year, he took an unusually dramatic role in The Butterfly Effect. The film, which also starred Amy Smart, was a box office success, despite mixed reviews.

Ashton Kutcher also began a successful TV career when he began presenting the MTV prank show Punk'd in 2003. The series involved hidden-camera style tricks, played on various celebrities. Among the many victims of the show are Jessica Alba, Tyra Banks, Jason Bateman, Jack Osbourne, Lindsay Lohan and Missy Elliot. Kutcher is also an executive producer of a number of reality TV shows, including Beauty and the Geek, Adventures in Hollyhood - featuring the rap group Three 6 Mafia - and The Real Wedding Crashers. He is also a producer on the game show Opportunity Knocks. He runs the production company Katalyst Films with his business partner Jason Goldberg.

In 2006, Ashton Kutcher was filming his role in The Guardian, which prevented him from renewing his contract for the eighth and final season of that '70s Show. He did, however, appear in the first four episodes as well as returning for the season finale.

In the 2010 action comedy, Killers, Kutcher acted as producer as well as playing the role of a hitman, alongside Katherine Heigl and Tom Selleck.

In May 2011, it was announced that Ashton Kutcher would take over as Charlie Sheen's replacement in the sitcom Two and a Half Men.

Personal Life: Kutcher started dating the actress Demi Moore in 2003, which caused a great deal of discussion in the media about their age difference. In 2005, the pair married in a private ceremony at a Kabbalah Centre. Their relationship was notable for the apparent closeness that was retained between the couple and the actor Bruce Willis - the father of Moore's children.

In November 2011, Demi Moore announced her intention to divorce Kutcher, after it was revealed that he had reportedly been unfaithful to her.

Actor Ashton Kutcher has reportedly given his ex-stepdaughter sole ownership of a house she bought with her. Once married to Rumer Willis' mother, Demi Moore, the 40-year-old Two and a Half Men star signed a co-ownership agreement listing him and Rumer as the owners of a $971,500 property. And now he's giving it to his ex-wife's daughter.

Continue reading: Ashton Kutcher Has Given His Ex-Stepdaughter Half Of A House

She's about to go to Africa to work on her own campus.

Given that Ellen Degeneres spends so much time giving money away to people and embarking on humanitarian missions, it was only appropriate for her wife to present her with a new charity called the Ellen DeGeneres Wildlife Fund for her 60th birthday. Of course, that fund needs funding, and one person who is on hand to help is Ashton Kutcher.

The actor surprised Ellen by appearing on her show this week to speak to her about a new investment he was getting involved in as part of his work with Guy Oseary at Sound Ventures; a company that essentially invests in other high-tech companies.

By Holly Williams in Lifestyle / Showbiz on 23 February 2018

He spent a week consuming nothing but water and tea.

Getting divorced, whether amicable or not, can be deeply damaging to a person's emotional state and so therapy is always a good option to undertake. For Ashton Kutcher, that therapy meant spending a week in the mountains by himself, eating nothing and writing letters to all the women he's ever wronged.

The 40-year-old separated from Demi Moore back in 2011, and while he is now happily married to his long-time friend Mila Kunis with two children - 3-year-old daughter Wyatt and 15-month-old son Dimitri - he reflected on the difficult time of his life in a podcast entitled 'Armchair Expert' with fellow actor Dax Shepard.

Continue reading: Ashton Kutcher Retreated To The Mountains After Divorce

By Holly Williams in Lifestyle / Showbiz on 11 October 2017

She and Ashton Kutcher don't want to raise spoiled kids.

Everyone has different ideas about what Christmas is all about, but for Mila Kunis and Ashton Kutcher it's definitely not the presents. In fact, they feel so strongly about drumming this into their children that they have banned gifts completely from their home this year.

Their eldest child Wyatt is only 3-years-old, but she's already sussed that Christmas means lots of spoiling - and Mila and Ashton are determined not to 'raise a**holes'. Thus, they are refusing to allow both her and soon-to-be 1-year-old son Dimitri any presents at Christmas from now on.

It doesn't matter how cute they are, family time is private time.

Not for the first time, Ashton Kutcher has hit out at the media regarding the inconsiderate attitudes paparazzi seem to have when it comes to taking photographs of his family. He just wants to take his kids out without their faces hitting the front page. 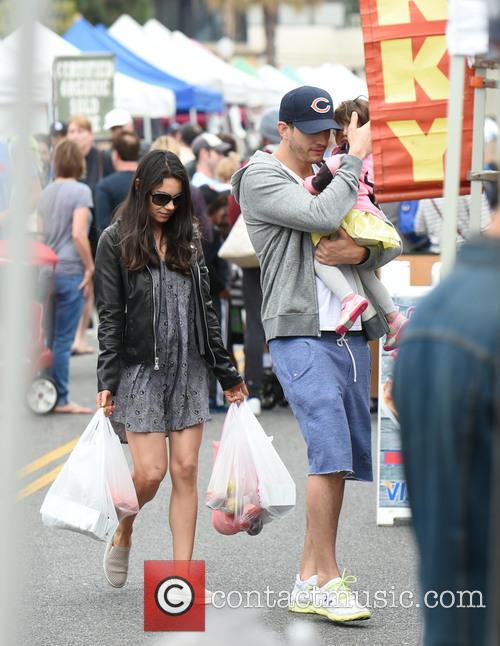 The 39-year-old father of two reacted with anger when images of him enjoying a diving event at the FINA World Championships in Budapest, Hungary with his wife Mila Kunis and their two children - 3-year-old daughter Wyatt and 8-month-old son Dimitri - surfaced online, without the kids' faces being blurred out.

Five stars that have raised millions to help keep our children safe.

Most superstars have charities that they support or even charities that they have foundered themselves, but perhaps one of the causes many of them can relate to most is that of preventing child abuse. We're all children at some point in our lives and most of us have children of our own. So when it comes to fighting abuse in young people, the battle is a particularly passionate one.

Here are five stars who have put their all into preventing child abuse: 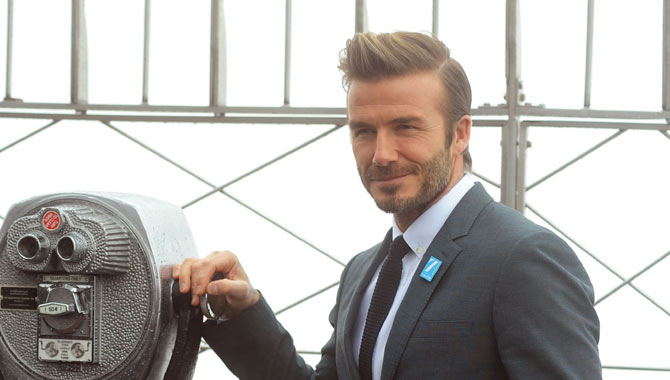 Mila Kunis is super psychic according to Ashton Kutcher.

Mila Kunis has psychic powers. At least, according to her husband Ashton Kutcher. He tells Ellen DeGeneres that she predicted both Donald Trump becoming president and the name of their second child. Of course, one of them was 50/50 and the other was their own choice, but he's still convinced.

Mila Kunis and Ashton Kutcher pictured out and about

'The Ranch' actor appeared on 'The Ellen Show' and opened up about how he and Mila came to name their first son Dimitri ahead of his birth in November last year. He recalls that the moment was mixed with Mila's suggestion that Donald Trump would take office.

Receiving the Pillar of Character in Iowa at the weekend, Kutcher briefly alluded to those rumours from 2013 about infidelity.

Ashton Kutcher has addressed his highly publicised split from his ex-wife Demi Moore four years ago, stating that the break-up and fall-out has helped shape the man he is today.

The 39 year old actor and father of two received the Robert D. Ray Pillar of Character Award in Des Moines, Iowa on Saturday evening (April 8th), and recognised the irony of the prize considering his name had been smeared across the tabloids just a few years ago with rumours of infidelity in his previous marriage to Hollywood star Moore.

“I’m also probably the first person to get this award for character who had, like, his name splashed across every gossip magazine as an adulterer like five years ago,” he told the attendees.

By Stephanie Chase in Lifestyle / Showbiz on 06 October 2016

Ashton Kutcher has accidentally revealed that he and Mila Kunis are expecting a baby boy!

Appearing on the Today show Thursday morning, Ashton let slip the baby’s gender while opening up about daughter Wyatt’s reaction to his wife’s pregnancy. 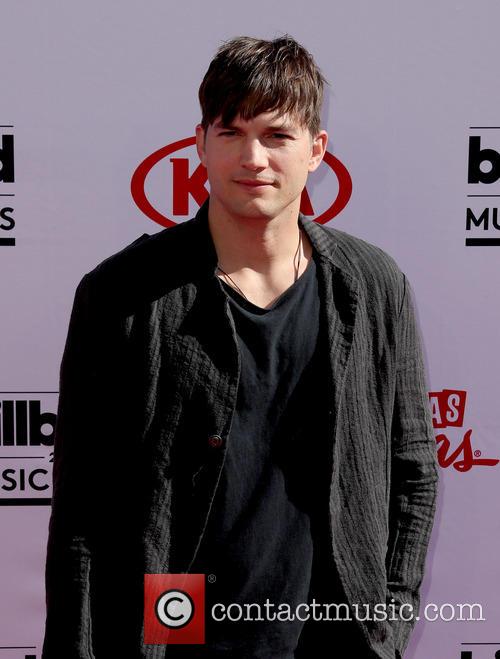 Ashton Kutcher and Mila Kunis are expecting a baby boy

Straight off the set of one of their movies.

Everyone loves a real life love story and that of one of Hollywood's favourite couples, Mila Kunis and Ashton Kutcher, is no exception. So just how did these 'That 70s Show' co-stars become a romantic couple in the first place? Apparently, absence does make the heart grow fonder. 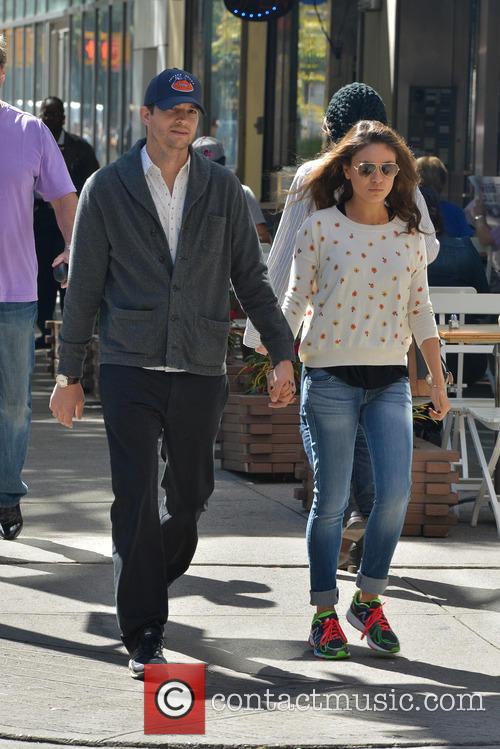 Ashton Kutcher and Mila Kunis' romance is pretty much a fairytale

Kunis and Kutcher hadn't seen each other for years until they bumped into each other at an awards show following the actor's split with Demi Moore in 2013. Sure, they'd kept in touch, but they never really had chance to re-connect. It seems that not seeing each other for a long time eroded those purely platonic feelings. 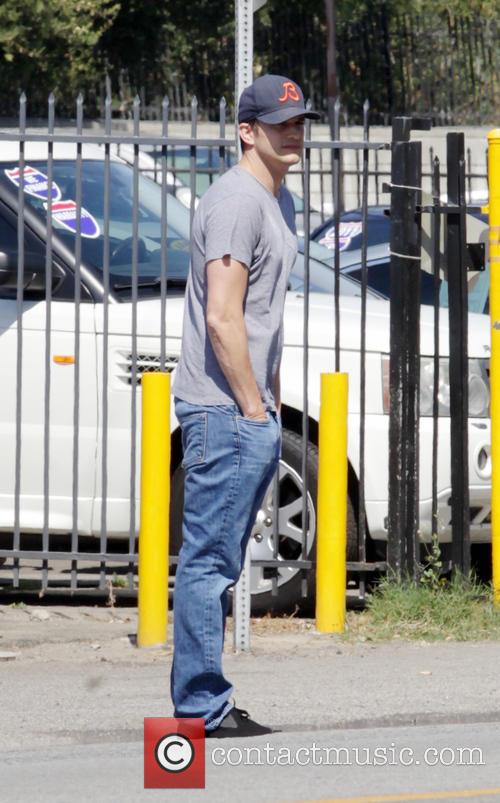 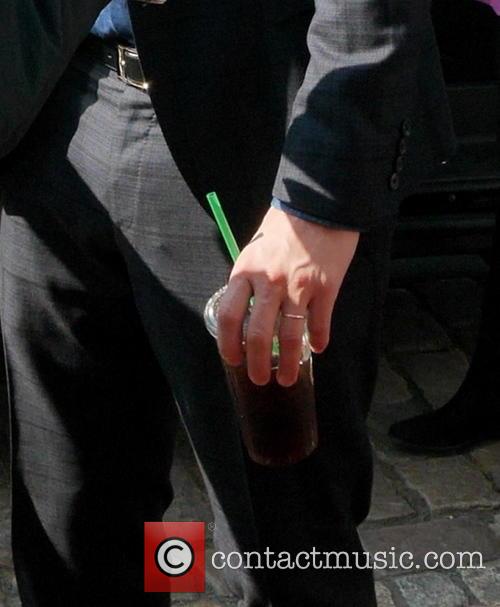 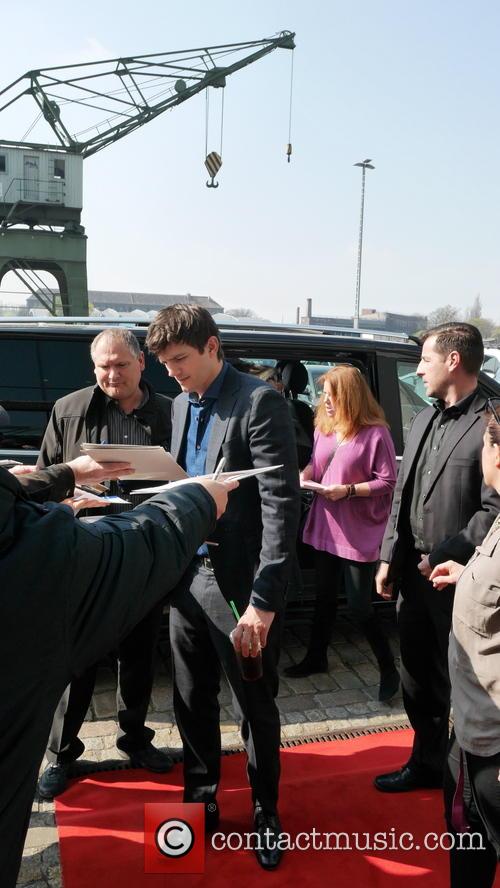 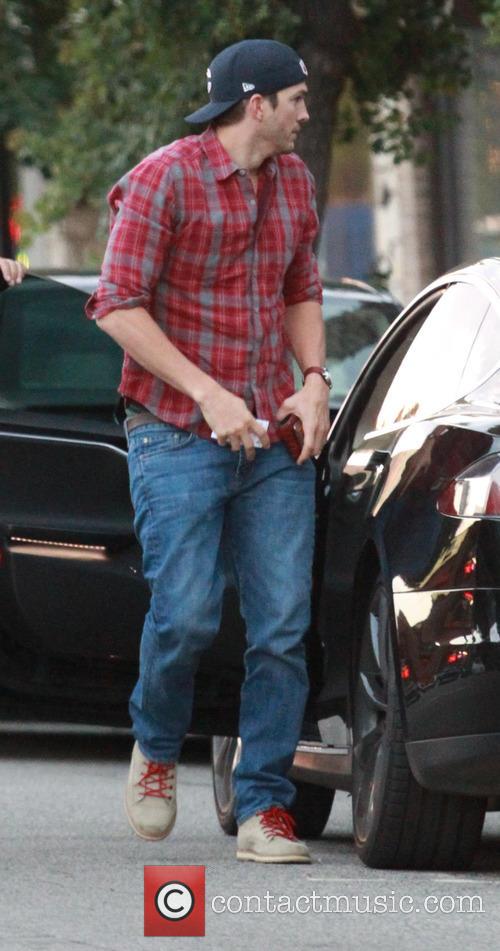 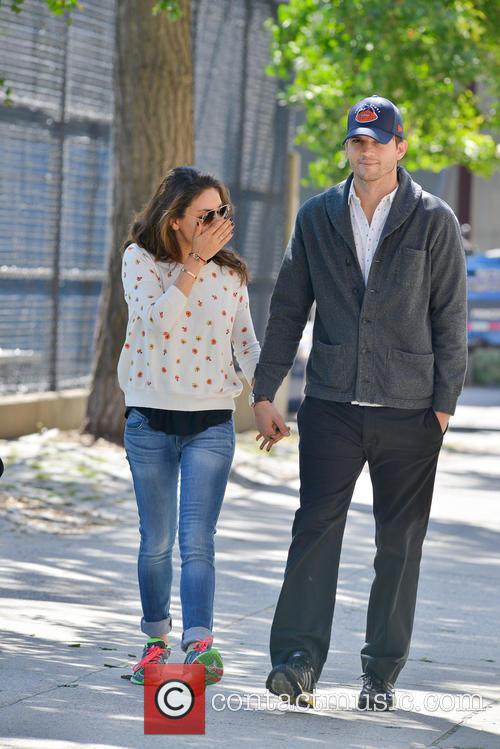 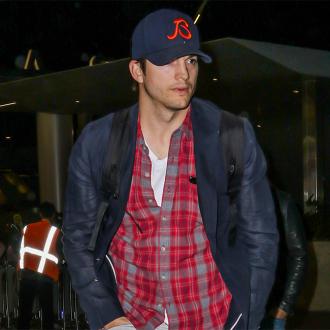 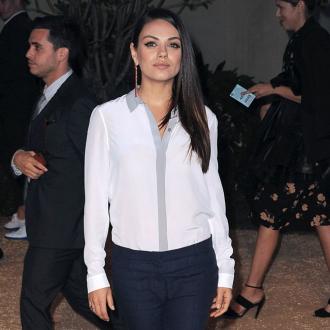 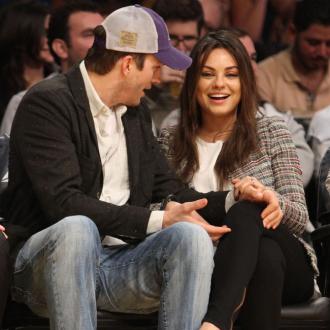 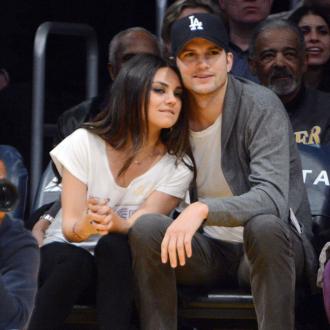 Ashton Kutcher And Mila Kunis To Wed This Weekend - Report 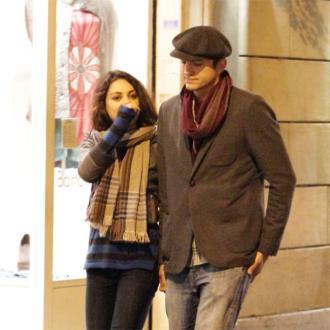