The 'High School Musical' alum walked down the aisle on Monday (Sept 8th), and her co-star Vanessa Hudgens was one of her bridesmaids.

Ashley Tisdale is now a married woman. The 'High School Musical' alum recently announced she tied the knot with her fiancé Christopher French, who is the lead singer of Annie Automatic, after getting engaged just over a year ago. 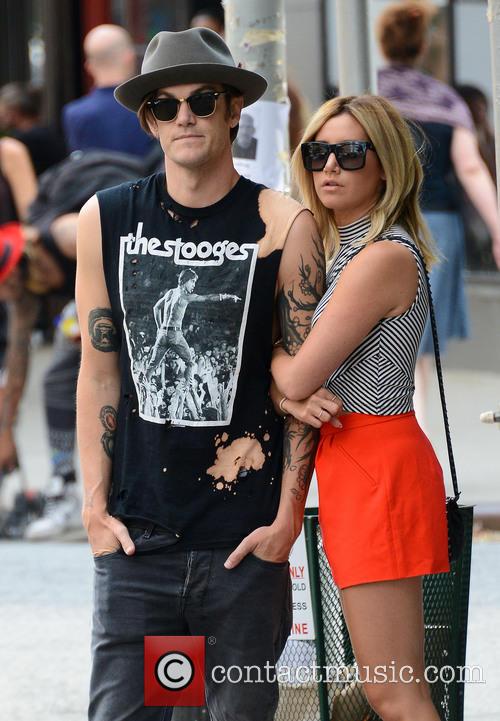 Tisdale and French got engaged in August 2013

Tisdale confirmed the exciting news via Instagram on Tuesday (Sept 9th), sharing a photo that showed the stunning bride and handsome groom in a picturesque outdoor setting. "Best day of my life! Introducing Mr and Mrs French Sept 8, 2014," the caption read.

The 29 year-old actor/singer posted a second snap of herself with her bridesmaids on either side, which included her sister Jennifer and beloved 'HSM' co-star Vanessa Hudgens. She wrote that they all "look beautiful."

The newlyweds began dating in December 2012, and French popped the big question on the 103rd floor of the Empire State Building in New York City in August 2013.

Adding, "I've obviously been in long relationships in the past and stuff. But I think because of knowing what I wanted, I wouldn't have gone into a relationship if it wasn't what I wanted. And I think from the moment that him and I met, I just knew it. I was like, 'OK, this is the guy,' and he knew the same thing. It's just this feeling that, it doesn't get any better. I just can't explain it."