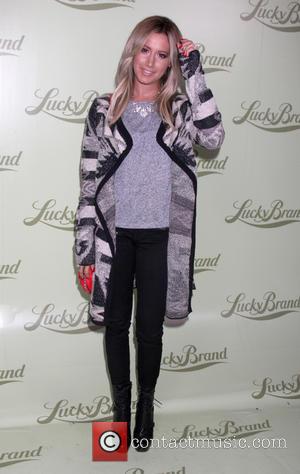 Actress/singer Ashley Tisdale toasted her recent engagement to her rocker fiance on Thursday (14Nov13) by hosting a special party in Los Angeles.

Musician Christopher French proposed to the beauty in August (13) after less than a year of dating, and they gathered friends and family at Bagatelle La in West Hollywood this week to celebrate their impending nuptials.

Tisdale's former High School Musical co-star Corbin Bleu and actor Matthew Lawrence were among the guests, who danced the night away to tunes played by DJ Sean Patrick.

They feasted on a menu which included crab cakes, truffled chicken, salmon tartare and mini steak baguettes, and the happy couple was then presented with a cake featuring the initials "C&A" written in icing, reports Eonline.com.

Tisdale later shared a photo of the bash on her Instagram.com page, alongside the caption, "Thanks to everyone who came out and celebrated with us."