Ex-Pussycat Doll Ashley Roberts is dating 'This Morning' host Matt Johnson, with them spotted kissing in a London nightclub on Wednesday (02.10.13). 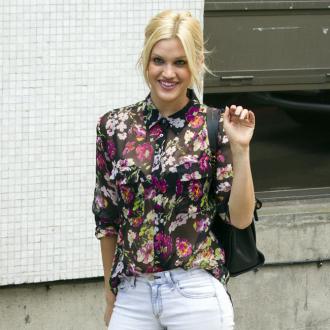 The dancer - who is a judge on UK reality TV show 'Dancing On Ice' - has been friends with the daytime TV host for some time, but they were spotted getting closer than ever on Wednesday (02.10.13) at London nightclub Mahiki.

A source told the Daily Mirror newspaper: ''They were being really flirty and playful all night. It was obvious by their relaxed body language that they're really comfortable with each other.

''They were dancing together one-on-one, before stealing a kiss.''

The pair drank Pina Colada cocktails and vodka alongside friends at the nightspot, but Matt left at a relatively early 2.30am as he had to get up for work on 'This Morning'. Ashley has previously been interviewed on the show in both December last year and January this year.

Ashley split from her last serious relationship with dancer Kenny Wormald in 2011.

Describing her perfect man earlier this year, she said: ''I want somebody who makes me laugh, who's grounded and who's into health because I like to take care of myself and work out.

''I want someone who in 20 years I'll still want to take their clothes off.''