Ashley Judd Splits From Dario Franchitti After 11 Years Together 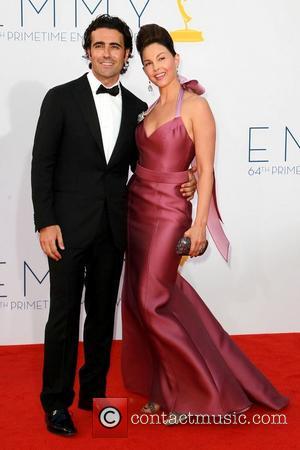 Ashley Judd has split from her Scottish race car driver husband Dario Franchitti after an 11 year marriage. The actress, 44, married the Indianapolis 500 driver, 39, in 2001 though the couple never had children.

"We have mutually decided to end our marriage. We'll always be family and continue to cherish our relationship based on the special love, integrity and respect we have always enjoyed," a representative for the couple told People magazine in a statement on Tuesday. So far, no reason for the split has been given.

Judd is the daughter of country music star Naomi Judd, though carved out her own career in Hollywood with high profile movies such as Double Jeopardy, Heat, Kiss The Girls and High Crimes. In recent years she has turned her attention to humanitarian causes and worked with AIDS sufferers and young people. She is even considering a possible Democratic candidate run for the U.S. Senate in 2014, though had made no formal announcement on the matter. Media reports suggested she might vie for one of Kentucky's seats.

Husband Franchitti is a three-time Indianapolis 500 champion, though has also competed in NASCAR and the American Le Mans series. The couple married at the exclusive Skibo Castle resident in the highland of Scotland after a two-year engagement.

Judd is currently in the process of shooting upcoming movie The Identical, tracing the path of a musical family from the Be Bop 1950s through to the Glam Rock 1970s. She stars opposite Ray Liotta.