Ashley Judd Speaks Out Against Sex Trafficking At United Nations 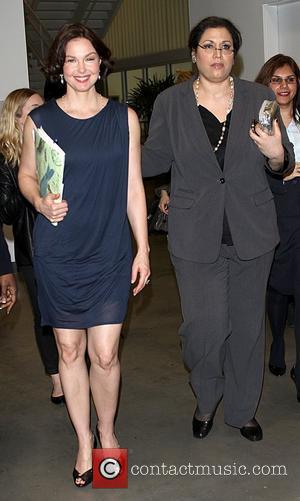 Picture: Ashley Judd and Simone Monasebian Ashley Judd at her Book Signing and Conversation with the United Nations Office on Drugs and Crime New York...

Actress Ashley Judd addressed members of the United Nations on Wednesday (14Mar12) in her latest bid to end sex slavery and human trafficking.
A longtime political activist, Judd earned her Master's degree in Public Administration from the John F. Kennedy School of Government at Harvard University in 2010 and, during her studies, she learned all about the violent atrocities linked to the international black market sex trade.
In a bid to educate others, the De-Lovely star participated in a discussion with the United Nations Office on Drug and Crime in New York City.
She says, "I wrote a paper for a class called Gender Violence Law and Social Justice while at Harvard Law School and it was really special and a personal paper for me. And, somehow or other, it magically won the Dean Scholar Award and so I was invited to the UN to talk about it yesterday."
Judd has become a tireless campaigner for women's rights and shot the documentary India's Hidden Plague about the spread of Aids among reluctant street prostitutes, forced into the trade by murderous thugs.