Ashley Judd has sparked rumours she is reuniting estranged husband Dario Franchitti, who was injured in a horrific crash, at the Houston Grand Prix on Sunday (06.10.13). 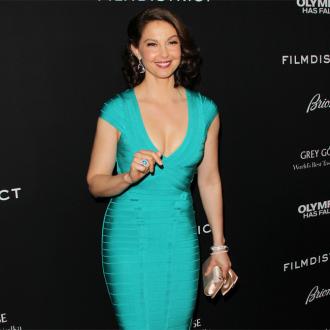 Ashley Judd has sparked rumours she is reuniting with her estranged husband Dario Franchitti.

The 'Dolphin Tale' actress, who announced she had separated from the Scottish racing car driver after 11 years of marriage in January, rushed to support him after he was injured in a crash at the Houston Grand Prix in Texas on Sunday (06.10.13), and the incident has reportedly brought them closer.

A source told the National Enquirer magazine: ''Something good has already come out of this terrible accident. It's brought Dario and Ashley closer together again and on the path to patching things up.''

The insider added: ''They still love each other very much, and Ashley was very distraught when she heard about Dario's crash. She had tears in her eyes and immediately began praying to God he would pull through.''

Shortly after Dario's crash, Ashley thanked her fans for their support.

She tweeted: ''Thank you for the prayers for @dariofranchitti I have only clothes on my back & the dogs but that's all that we need & we are on our way.''

She later wrote: ''Amazed by the incredible outpouring of care & prayers. Thanks, everyone. Keeping our heads down here & doing what's in front of us to do.''

Friends previously revealed they weren't shocked when the 'Missing' actress, 45, announced her split from Dario, 40, who sustained a broken ankle, two spinal fractures and a concussion in the crash.

Earlier this year, a source said: ''They can be having a drink or dinner and all of a sudden sparks will fly, and they will be fighting over something that was said in their group of friends. Then it would stop and everything was fine between them.''

The former couple previously insisted they would ''always be family''.