Actress Ashley Judd Has Revealed She Was Sexually Harassed By A Hollywood Movie Mogul While She Was Filming 1997'S Kiss The Girls. 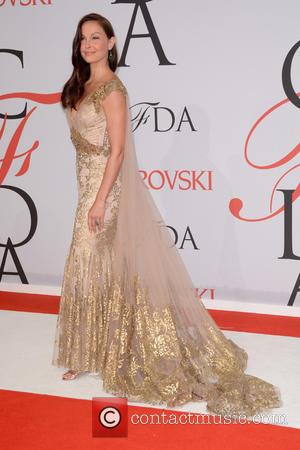 The Double Jeopardy star didn't realise there was anything wrong with visiting the unnamed the studio boss at his hotel to discuss potential movie roles, but the situation quickly escalated.

She tells Variety.com, "I was sexually harassed by one of our industry's most famous bosses... It took years before I could evaluate that incident and realise that there was something incredibly wrong and illegal about it...

"He was very stealth and expert about it. He groomed me... - 'Oh, come meet at the hotel for something to eat'... I show up... 'Oh, he's actually in his room. Are you kidding me? I just worked all night. I'm just going to order cereal'.

"It went on in these stages. It was so disgusting. He physically lured me by saying, 'Oh, help me pick out what I'm going to wear'. There was a lot that happened between the point of entry and the bargaining. There was this whole process of bargaining - 'Come do this, come do this, come do this...' And I would say, 'No, no, no...' When I kept saying no to everything, there was a huge asymmetry of power and control in that room."

The alleged situation between Judd and the Hollywood executive continued until the movie boss asked her to watch him take a shower.

"That was a small moment of power when I was able to contradict him and hold to my reality. And then I got out of there. And by the way, I've never been offered a movie by that studio. Ever."

Following the ordeal, Judd blamed herself for not speaking up about what she experienced, but she later learned she was not the only actress to face such extreme sexual harassment - and that helped her find strength.

She continues, "This will be familiar to all the women to whom this has happened... I was with a bunch of other actors, and it was critical that it was actors: The exact same thing had happened to them by the exact same mogul. Only when we were sitting around talking about it did we realise our experiences were identical. There was a mutual strengthening and fortification of our resolve..."

Judd later ran into the movie executive and considered confronting him about what happened, but she opted no to, explaining, "I attended a gathering for the literati in New York at the premiere of Double Jeopardy. I was getting ready to say something out loud across the crowded table to him. He looked at me and tried to shut it down. I was no longer that naive ingenue who couldn't identify what was happening as it was happening. I was getting ready to nail him on it, and he said, 'I think I'll let you out of that deal we made'. He knew I would come into my power..."

Judd has been a fierce advocate of women's rights for several years and has also been open abut the alleged sexual abuse she suffered as a youth.