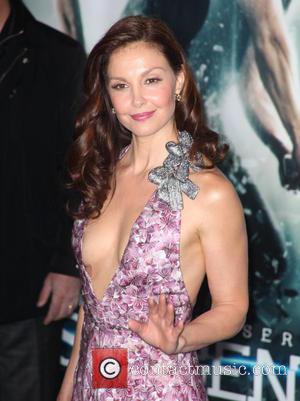 Picture: Ashley Judd - A host of stars were photographed as they attended the premiere of 'The Divergent Series: Insurgent' which was held at the Ziegfeld...

The Double Jeopardy star was inundated with vile, hate-filled tweets from anonymous sports fans after she posted support for her beloved University of Kentucky basketball team ahead of the March Madness college finals.

She took particular offence to a handful of obscene messages and reported the users to police to press charges, but on Thursday (23Apr15), she called out Twitter chiefs for doing little to put a stop to the cyber bullying.

Addressing the issue during the Stop the Trolls panel at the 2015 Women in the World Summit in New York, she said, "When I was sitting there trying to report to Twitter, it's like, the method they gave me was so inadequate and so underrepresented the experience I was having, and demoralising every time I got an automated response from Twitter and by the way, I would like to put pressure on them right now - I'm totally aggravated that they haven't reached out to me. I am low-hanging fruit."

However, despite the furore, Judd refuses to shut down her Twitter account, where she has garnered more than 266,000 followers.

She explained, "I want to stay on Twitter because I want to be connected and approachable and real. I am a human being and so are the people who commit the abuse, and the underlying problem is the dehumanisation of me and I don't want to commit that same fault by... demonising them."

Twitter executives have yet to respond to Judd's claims about their handling of last month's situation.

At the time, they issued a statement about the online harassment, which simply read: "We now review five times as many user reports as we did previously and we have tripled the size of the support team focused on handling abuse reports."