By Charlotte Court in Music / Festivals on 07 November 2018

Unlucky-in-lover singer Cheryl has come out to reveal she's never dating again and that her young son, Bear, is the 'man of her dreams'.

The 35-year-old single mum has recently split with former X Factor alumni, Liam Payne, who is the father of her one-year-old son.

The 'X Factor' judge spoke to InStyle about what it was like to go through a divorce in the public eye.

Over five years after they broke up, Cheryl Fernandez-Versini has opened up about how she felt when she found that ex-husband Ashley Cole had been unfaithful to her.

The 32 year old ‘X Factor’ contestant and former Girls Aloud member spoke about the devastation she felt when she had to perform at the BRIT Awards in February 2010, just moments after news broke of Cole’s infidelity.

Later that month, she announced that she was filing for divorce, but she admitted that while she remained stoic in the public eye, behind the scenes it was a very different story.

By Elinor Cosgrave in Lifestyle / Showbiz on 03 July 2014

Cheryl Cole has described how low she felt last year after the series of personal problems she has endured over the last four years. In an interview with 'Elle', Cole discussed her previous troubles and how she is now looking forward to the future.

In a recent interview with Elle, Cheryl Cole discussed her relationship with Simon Cowell, her sacking from The X Factor US in 2011 and her highs and lows over the last four years including her divorce from Ashley Cole. 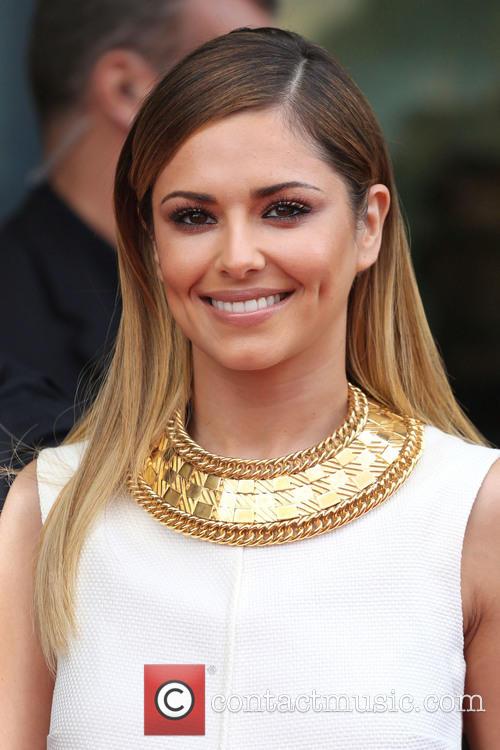 Cheryl Cole at The X Factor London auditions in June.

The 31-year-old rose to fame in 2002 after auditioning for Popstars: The Rivals and was selected to join girl band Girls Aloud. 12 years on and the naïve starlet has been transformed, no doubt thanks to the help of an impressive management and PR team. But she has endured numerous personal and very public sacrifices and problems.

Ashley Cole's 'assault' is being investigated by the LAPD.

The England and Chelsea footballer Ashley Cole is under investigation by the LAPD after he allegedly assaulted the British television presenter Donatella Panayiotou. Police received the complaint on May 31 and have 30 days to investigate. 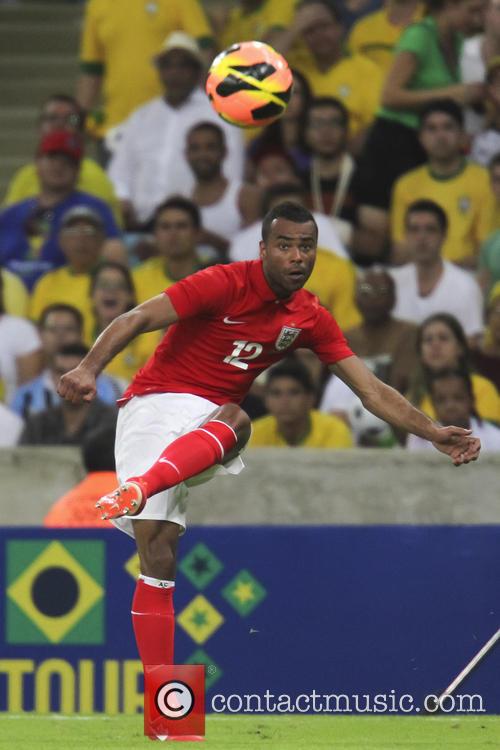 According to the Mirror, Cole reportedly threw champagne at Panayiotou at the Lure nightclub in Hollywood, yelling, "You know what this is for!" The incident allegedly sparked a "saloon bar brawl" style row, with the basketball player Nick Young and rapper Drake also in the venue at the time.

By Lauren James in Lifestyle / Showbiz on 06 January 2014

The pop star was reportedly snubbed after making a pass at a young clubber in South Africa.

Cheryl Cole has been on a media rollercoaster since her split from footballer Ashley Cole, which may or may not have had an effect on the decision made by 20 year-old student Tom Julius in an intriguing New Year's Eve nightclub incident. 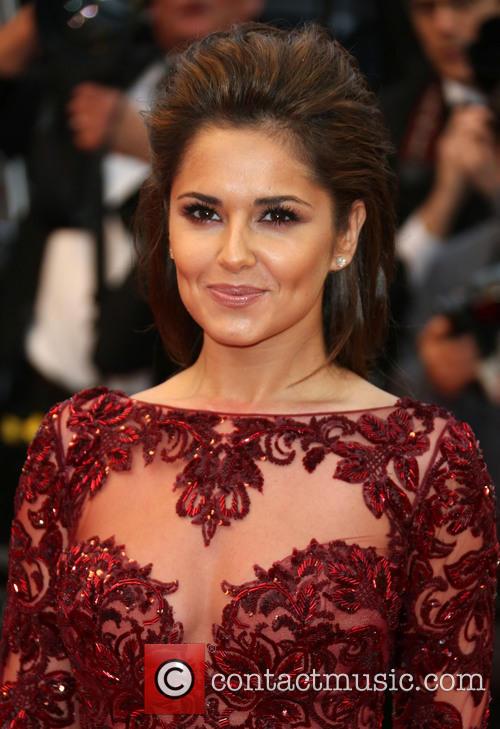 A Student Claims That Cheryl Cole Made A Move On Him At A NYE Party.

Julius, who studies History at Oxford Brookes, has sold a story to the newspapers in which he claims that not only was he the singer's choice for the all-important midnight snog, he was also invited back for a little private time with the Geordie star.

England and Chelsea footballer Ashley Cole was subject to a wave of abuse from some drunk bar-dwellers whilst sharing a drink with a few of his teammates in Missouri back in May this year. The team were in St. Louis for a friendly against Manchester City and Ash and some of his Chelsea teammates headed out for a few drinks in the town, where he learnt the hard way that American girls really don't care about actual footballers.

Cole in action for England against Brazil

According to TMZ, who broke the story on Monday, 16 September, Cole and a couple of his Chelsea teammates were at a bar called Hair of the Dog and were about to leave when they apparently got into a dispute with bar staff over how much they tipped. According to witnesses on the scene, the run-in at the bar wasn't heated and was soon resolved, with the guys leaving without any kind of incident arising. However, once they were outside things turned nasty and a group of girls began hurling insults him, and they really weren't holding back on the abuse they gave him.

Happy Birthday Cheryl Cole! The singer celebrated her 30th birthday with her friends and bandmates as well as her new beau in Las Vegas

Cheryl Cole has just turned thirty and never being one to leave a good cause for celebration begging, the Girls Aloud singer saw in the big day with her bandmates and new beau, Tom Holloway, in the ultimate party destination of Las Vegas, Nevada. It has been thirty years of ups and downs for the Tyneside-native, coming from a working-class background in the north of England to earning millions and becoming one of the biggest names in showbiz, so happy birthday Cheryl, have a drink on us! 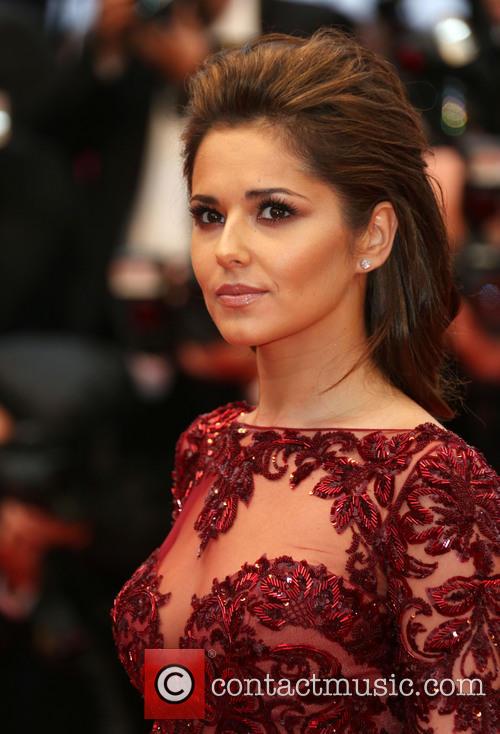 It has been a journey-some thirty years for Cheryl

With her latest squeeze on her arm and her best friends with her, Cheryl was determined to enjoy a birthday to remember, even if Simon Cowell wasn't there. She reportedly spent a six-figure fortune on flying her nearest and dearest out to the States, footed the bill for the Vegas bash and accommodation and even paid for a stay at a top-class mansion in Malibu for some post Vegas relaxation. If that wasn't enough the ex-X Factor judge is then heading back home for one more get together in the UK with some of the people that didn't make it out to the USA.

Continue reading: Cheryl Cole Sees In Her 30th Birthday As She Parties With Girls Aloud And Tre Holloway

A new story has been revealed about Ashley Cole's flings, but it seems Cheryl Cole doesn't care and is just bored of constantly hearing about it.

Cheryl Cole and Ashley Cole got divorced three years ago, but still newspapers and other media outlets will never let her forget about their marriage. Despite having had boyfriends since, as soon as a story comes to light about him she is dragged into it to. The latest story refers to a model who frequents the Playboy Mansion having a very secret fling with the footballer.

Melissa Howe, now aged 22 but just 19 at the time of the affair, of sorts, told of how she and Ashley had some kind of romance during a period that there were rumours he would be reuniting with Cheryl. Apparently Miss Howe was told to keep it all very, very secret. They met on a night out in London, at which point Howe refused to go home with him despite strong suggestions by his bouncer. Later he kept in touch with her and had his driver pick her up from her mother's house and bring her to his Godalming mansion. He did the same repeatedly but she was told to keep it all very, very quiet.

Now that this story has come to light Cheryl is neither annoyed nor upset about the story itself, rather she's just fed up of being linked to him constantly.

By Hayley Avron in Lifestyle / Showbiz on 11 February 2013

Ashley Cole’s new partner is apparently a “bisexual ex-topless model,” with such a high sex drive that her friends call her a nymphomaniac. Anna Kelle, star of the MTV reality show 'The Valleys,' met Ashley (Cheryl Cole’s ex) through Twitter and they’ve now been dating for a couple of weeks. On the weekend, the pair of them were reportedly spotted partying in London’s upmarket Chelsea Harbour, where Chelsea were celebrating a 4-1 win over Wigan.

The Sun reveals that Ashley and Anna visited a shisha bar in Knightsbridge, before they met up with friends and headed to a club at the May Fair hotel. One eyewitness told the paper “They looked smitten and were whispering into each other's ears.” Another told them “They were in a corner snogging like teenagers. They were kissing and cuddling and laughing and Ashley was playing with her hair. He seemed besotted.”

It doesn’t seem as though the couple, both 32, will be making any efforts to keep their relationship under wraps, Anna posted on Twitter after their night out “London fun with Ashley x” and later said “Amazing time in London.” She’s currently filming a series in Wales and Ashley was gentlemanly enough to drive her back to her home city of Cardiff.

Cheryl Cole became a Christmas DJ for the night on Thursday (December 20, 2012), spinning records at London's Rose Club with boyfriend Tre Holloway. According to the venue's official Twitter page, Cole "set the club on fire" during their weekly Hip Hop night.

According to The Mirror, Cheryl rocked MC Hammer-style leather trousers with a baseball jacket, while Tre opted for a leather jacket and red sneakers. After their successful DJ set, the couple continued the party back home, cracking open a bottle of mulled wine. Posing with a lily (also the name of her assistant Lily England), Cheryl told followers, "Me, my Christmas jumper and my Lily hahaha !!!! #5sleeps" adding, "I bet you all thought it was @Lily_England didn't you ??? I'm sooo funny !!! Hahaha #YouLittleMugs LOL at myself#TooMuchMulledWine" Yes Cheryl, definitely too much mulled wine. Definitely.

The Girls Aloud star has enjoyed a pretty good 2012, after a disastrous 2011 that included being axed from The X Factor USA and ending a reported reconciliation with ex-husband Ashley Cole after he was linked to a string of women. 2013 is going to be a big one for the singer, who will perform with Girls Aloud on a sold out UK tour. 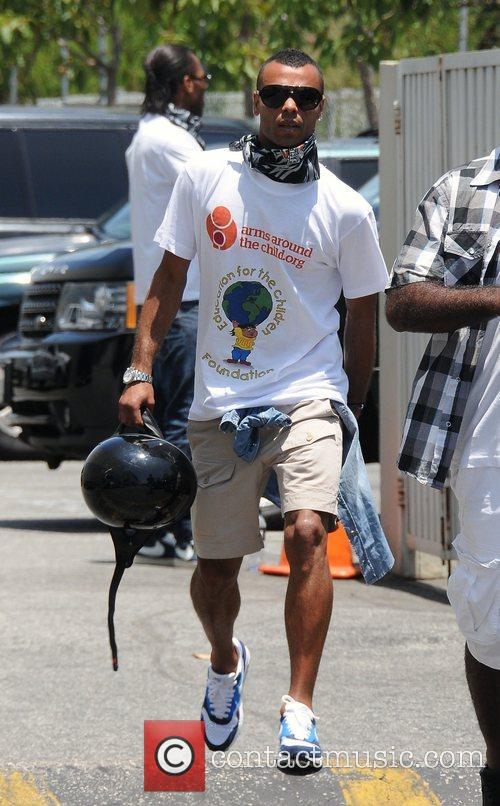 Girls Aloud, Ashley Cole and Nicola Roberts Wednesday 14th May 2008 Girls Aloud band members Nicola Roberts and Cheryl Cole leave the Brighton Centre in Nicola's car, after performing there as part of the groups tour. Cheryl seemed to have replaced husband Ashley Cole with a pet pooch, a long hair Chihuahua dog who she appeared smitten with. Brighton, England 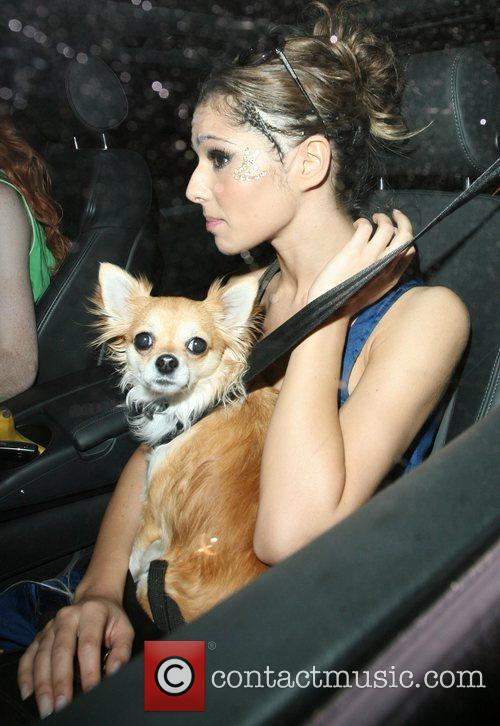 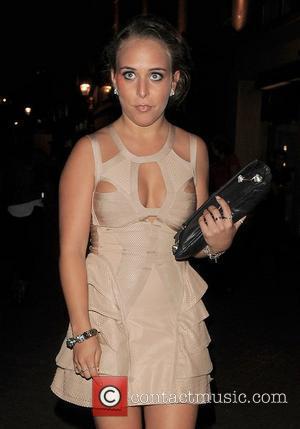 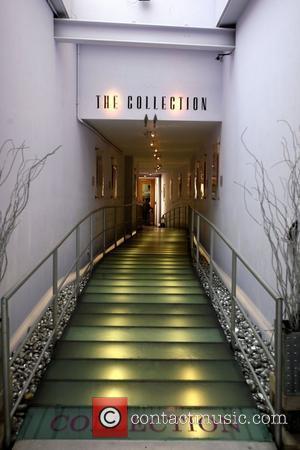