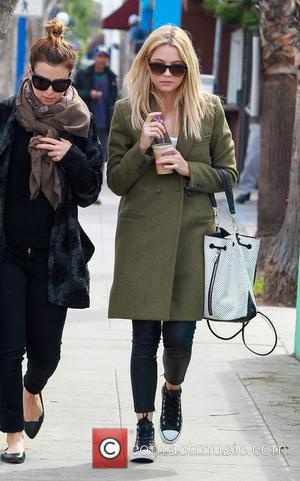 Gomez and Benson starred alongside Vanessa Hudgens and James Franco in the movie, about fun-loving college students enjoying a wild spring break holiday, and they developed a very special bond.

Benson admits she felt compelled to protect her co-star from some of the most explicit aspects of the wild life style they were attempting to emulate.

She tells Complex magazine, "The four of us were filming this motel party scene and we had to observe what was going on and be in character.

"My and Vanessa's characters loved to party, so we couldn’t do anything to break that persona. But I remember looking over to the floor at these two girls rolling around and making out completely naked. At that moment, I literally closed Selena’s eyes. I felt like I had to mother her.”