The 'Pretty Little Liars' star recently opened up about how her rather shy demeanour can often be mistaken for rudeness, especially from first impressions.

When They First Meet Although Ashley Benson is very convincing when she plays the outspoken and outgoing 'Pretty Little Liars' character Hanna Marin, in real life the 25-year-old actress can be rather shy and is a self-confessed introvert. 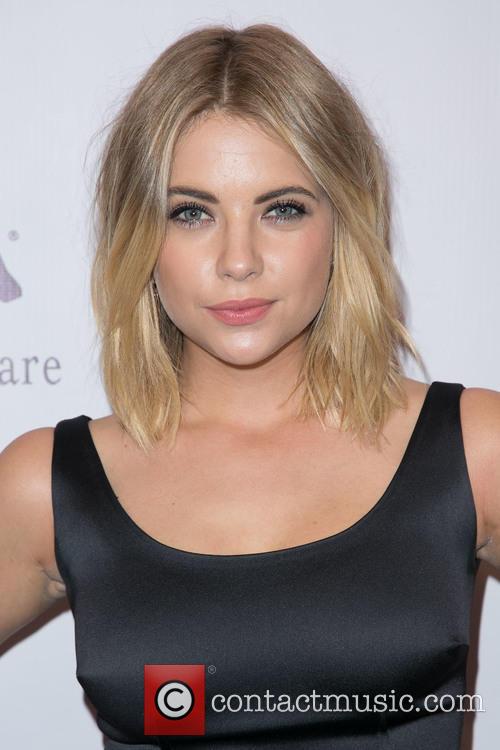 While speaking with Wonderland magazine, Benson revealed she often gives an awful first impression, but she isn't intentionally rude, the blonde beauty just takes longer than usual to open up to people.

"Weirdly, I'm shy," she told the mag. "When people first meet me, they always think that I'm a bitch. I always get called that. Always. Because I don't talk."

But once you get to know her, Benson will never stop talking. "I get really nervous in public situations, but once you get to know me, I'm so outgoing," she explained. "I'm so loud and bombastic. I have the biggest mouth. But [at first] I'm very closed off. I hold in emotions. I don't like to be vulnerable, ever."

This is why Benson just loves being an actress. "When you're acting," she continued, "you get to explore those feelings and those emotions and those moments. Acting is so fun. I love memorizing lines and I love doing scenes."

More: With Irvine Welsh On Board, A "Spring Breakers" Sequel Is Underway

However, the 'Spring Breakers' star also admitted she often struggles to deal with fame. "If I could work and not have anyone know who I am -- I know it's not possible -- that would be the goal," she said.

Benson did recall to the magazine about a time she wasn't so closed off. "When I was little, I was such a ham," she revealed. "I'm obsessed with my younger self. I want her to be my daughter. I said anything I wanted then. I was so funny. I watch videos, and I'm like, 'What happened to that girl?' She's not here. She comes out when [I'm] drunk, or on TV."