The newlyweds said "I Do" at the estate of the groom's famous mother, Diana Ross, on Sunday (Aug 31st). 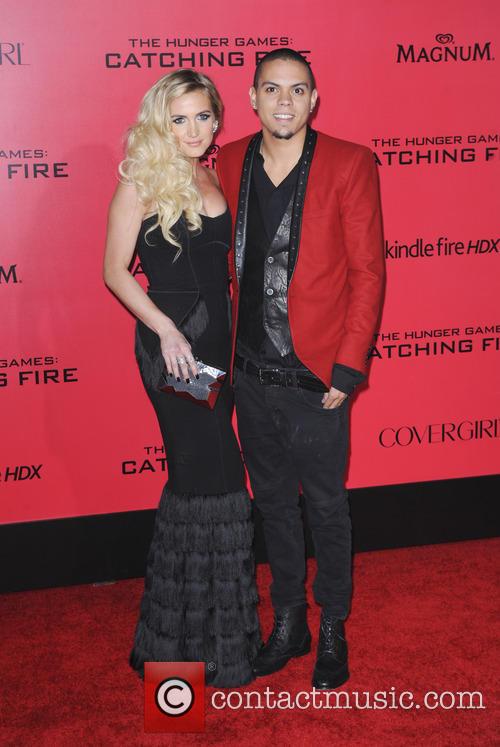 Simpson and Ross tied the knot this past weekend

Ashlee's celebrity sister, Jessica, served as the maid of honour on her big day, and family friend CaCee Cobb was also one of the several bridesmaids, E!News reports. Walking Simpson down the aisle was her 5 year-old son, Bronx, who she shares with ex-husband and Fall Out Boy bassist, Pete Wentz.

To say "I Do," the stunning bride donned a beautiful pearl-embellished wedding dress, accompanied with $75,000 worth of Neil Lane rubies and diamonds, Us Weekly also notes.

More: What Else Have Ashlee and Evan Been Up To?

The newlyweds, who were first rumoured to be dating this past July (2013) after they were spotted holding hands on a night out in Los Angeles, eventually went public with their relationship in that same month and became engaged this past January, while vacating in Hawaii.

More: Jessica Simpson And Eric Johnson Get Choked Up Over Wedding Vows, Have Cutest Awkward Moment

Last November (2013) at the premiere of 'The Hunger Games: Catching Fire', Ross told 'omg Insider!', "she's the one" adding, "It's amazing. I'm so in love and we've got amazing things going on. And we inspire each other." At the same premiere, Simpson also said, "I am really happy."