The happy couple, who tied the knot in August, are reportedly preparing to welcome their first child together in the new year.

This festive season for Ashlee Simpson and her actor husband Evan Ross, who just tied the knot this past August, has just got a whole lot better as the pair are reportedly expecting their first child together. 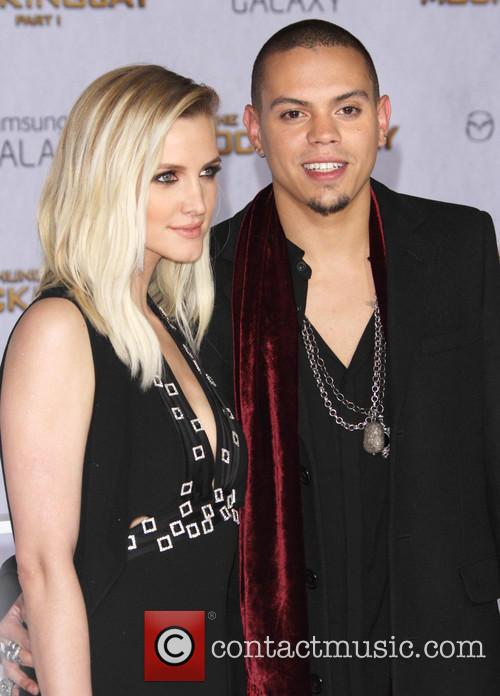 Simpson and Ross are expecting their first child together

Multiple sources have confirmed to E!News that Simpson, who is already a mother to 5 year-old son, Bronx, whom she shares with ex-husband and Fall Out Boy bassist, Pete Wentz, is pregnant for the second time.

Evan recently gushed about the idea of starting a family while attending last month's 'The Hunger Games: Mockingjay Part 1,' premiere. He told E!News, "We're working on it. I would like [having kids], as many as possible!"

Ross added, "I got married, I have new music and I'm part of Hunger Games. It's been a great year."

This pregnancy news comes only two months after they walked down the aisle in Greenwich, Connecticut, at the estate of the groom's famous mother, Diana Ross, who also conducted the officiating.

The happy couple, who were first rumoured to be dating this past July (2013) after they were spotted holding hands on a night out in Los Angeles, eventually went public with their relationship in that same month and became engaged this past January, while vacating in Hawaii.

Neither reps for Ross or Simpson have yet to respond to the baby news.