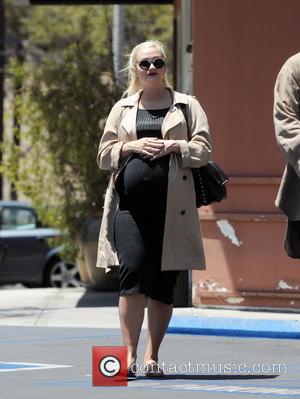 Picture: Ashlee Simpson - Pregnant Ashlee Simpson gets a passionate kiss from her husband Evan Ross after having lunch at Rocco's Tavern in Studio City. The...

The singer/actress and her actor beau announced the name on their Instagram.com accounts following the birth of Jagger on Thursday (30Jul15).

The couple wed in September last year (14) at the home of Ross' mother, music icon Diana Ross. Simpson has a son - Bronx Mowgli - from her previous marriage to Fall Out Boy guitarist Pete Wentz.