Rappers A$ap Rocky And A$ap Ferg Are Facing Legal Action From A Fan Who Was Allegedly Injured During A Concert. 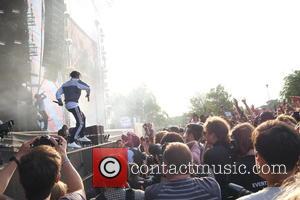 Krystina Clowes has filed a lawsuit targeting tour promoters Live Nation Entertainment and she has listed the rappers as defendants, claiming a member of their A$AP Mob crew hurt her during a 2013 gig while A$AP Ferg was performing.

According to Clowes, Mob member Young Shabba jumped from the stage and landed on her. She allegedly suffered a fractured vertebra and claims the injury may never fully heal.