As I Lay Dying Quick Links

Tim Lambesis Pretended To Be A Christian Rocker To Shift Records Continue reading: Tim Lambesis Pretended To Be A Christian Rocker To Shift Records

By Victoria Pavlova in Lifestyle / Showbiz on 26 February 2014

Fans can expect a new "As I Lay Dying" album in approximately nine years.

Remember that time when the lead singer of As I Lay Dying *allegedly* tried to hire a hitman to murder his wife? It’s not so alleged anymore. Grammy-nominated Christian rocker Tim Lambesis plead guilty on Tuesday, admitting in a California court that he tried to have his estranged wife murdered. The 32-year-old singer could now face up to nine years in prison, according to Billboard. 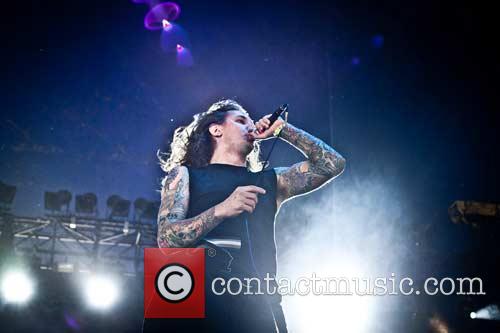 Lambesis denied the charge when the case was originally brought to court, but now he has entered a plea at a Vista, California courthouse. Lambesis was first arrested in May 2013, when prosecutors said he met with a sheriff's deputy posing as a hit man – codenamed "Red" - and handed over $1,000 and his wife's address and front door security code. The prosecution’s case claims that Lambesis agreed to pay $20 000 for the murder of his wife. After being asked repeatedly to confirm that he wanted the woman, Meggan, dead, he answered: "Yes, that's exactly what I want," says Deputy District Attorney Claudia Grasso.

Tim Lambesis has left prison after pleading not guilty.

As I Lay Dying singer Tim Lambesis, who is accused of plotting to have his wife murdered, has left jail on a hefty $2 million bail. According to the U-T San Diego, the 32-year-old posted bail on Thursday afternoon (May 30, 2013) and left custody for the first time since he was arrested on May 7 and charged with solicitation of murder for allegedly hiring a hitman to kill his estranged wife Meggan.

Lambesis has already pleaded not guilty and his lawyer Thomas Warwick told a judge that the vocalist's "thought processes were devastatingly affected" by steroid use. The rock singer split from his wife Meggan after sending her an email saying he no longer loved her or believed in God. According to Rolling Stone magazine, Lambesis was making regular visits to a girlfriend in Florida and had various other affairs. He is accused of paying a hitman - who turned out to be an undercover police detective - $1000 to kill Meggan.

The singer's bail bond was originally set at $3 million though a judge reduced it last week on the condition that he stays away from Meggan and their three adopted. He has also surrendered is passport and is wearing a GPS monitor.

As I Lay Dying singer Tim Lambesis could be granted bail.

As I Lay Dying singer Tim Lambesis, 32, has denied handing $1,000 in cash to an undercover policeman with instructions on how to kill his wife Meggan. The singer of the Grammy-nominated heavy metal band appeared in court this week after being arrested at a shop in San Diego, California.

The judge set bail at $3 million for the singer, who now faces up to nine years in jail if convicted. Mr Lambesis' lawyer Anthony Salerno said the singer has been set up, "Law enforcement was fed something by someone who effectively orchestrated the whole thing... He did not intend to harm anybody," he said, according to BBC News. Prosecutor Claudia Grasso said the rock singer was recorded saying he wanted his wife killed, with an undercover operation staged at a local gym, "He is substantially motivated to kill his wife,'" said Grasso.

Continue reading: 'As I Lay Dying' Singer Denies Paying $1,000 To Have Wife Murdered

By Victoria Pavlova in Lifestyle / Showbiz on 10 May 2013

While there's still no explanation behind the singer trying to kill his ex wife, his music offers some clue.

The plot thickens in the case of As I Lay Dying’s Tim Lambesis trying to kill his wife. The divorce papers from their split show that it was a peaceful one, seemingly with no bad blood between the two of them. What seems to be the only thread linking to Lambesis’s plot was his strange behavior of late, which the court papers also reference. According to Meghan Lambesis’s testimony, her husband had become distant, constantly texting and ignoring his fatherly responsibilities. He had also become obsessed with bodybuilding and staying in shape, even creating a separate twitter account for his fitness activities (@gymlambesis, clever wordplay, no?)

Lambesis continued to see the couple’s three adopted children – ages 4, 8 and 10 – even after the divorce. He visited for about 10 hours a week, when the band wasn’t touring, according to court documents. But even his increased efforts in the gym don’t really seem to give any inkling of what was to come. The only indication of a darker, more pessimistic mood in his life comes from the tone of As I Lay Dying’s latest album, which Lambesis himself describes on the band’s official website as follows:

"On this record, I wasn't purposefully trying to be negative, but I think sometimes we have to be honest with some of the darker and more difficult times of our lives to get back to that positivity," Lambesis is quoted as saying. "While the lyrics do perhaps seem like a dark window into my soul, they're written that way specifically because I want to move on and transcend those difficult moments in life."

As I Lay Dying's Tim Lambesis' wife had no idea that he was plotting to have her killed.

Meggan Lambesis, the wife of As I Lay Dying frontman Tim Lambesis, has said that her divorce with the singer was an amicable one and that his plans to have her killed by a hired professional have come completely out of the blue.

The devout Christian Tim was arrested on Tuesday (May 7) whilst shopping at a Barnes & Noble store in Oceanside, California. He was charged on three federal counts, one of of solicitation to commit murder and two of conspiracy to commit crime. He was bust by police having reportedly tried to hire an undercover detective posing as a hit man and will is currently being held without bail. He is scheduled to be arraigned in court later today (May 9). 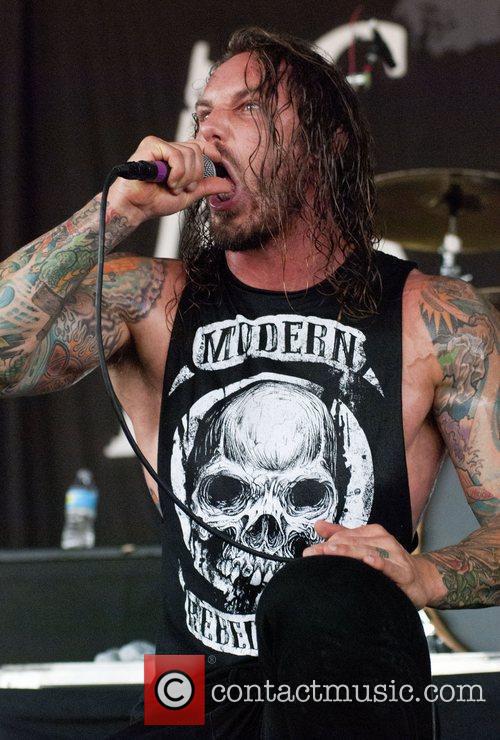 Continue reading: Wife Of As I Lay Dying Frontman Says She Had No Premonition Of Husband's Plot

The details to the planned killing remain unclear.

Tim Lambesis, the singer of Grammy-nominated US heavy metal band As I Lay Dying, has been arrested after police uncovered his plan to have his wife killed by a private detective. The rock star, 32, had made the necessary steps to have his wife Meggan killed though authorities were passed information and made the arrest before it was too late, reports BBC News.

"The information came to us late last week. We acted quickly on it. I believe that we averted a great tragedy," said a police spokesperson. The rock star was arrested "without incident" in San Diego on May 7.

The singer's wife had filed for divorce in September last year, according to San Diego Superior Court documents. The couple adopted three children from Ethiopia together in recent years before separating. The details as to how Lambesis planned to have his wife killed are currently unclear.

Continue reading: 'As I Lay Dying' Singer Arrested For Plotting To Kill Wife

As I Lay Dying Quick Links