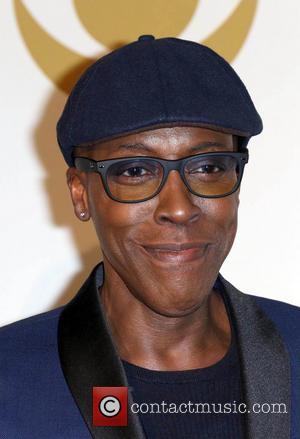 Funnyman Arsenio Hall fought back tears during a taped U.S. Tv chat with actress Tika Sumpter on Wednesday (15Jan14) when she started talking about his late friend Whitney Houston.

The actress, who played the tragic singer's onscreen daughter in her final film Sparkle, was promoting her new Tv series Tyler Perry's The Haves and Have Nots on Hall's show when the interview turned to her memories of working with Houston.

She said, "Whitney was everything. You'd be sitting in a corner, and I'd be just kind of quiet, they'd be changing for the set-up and she's like, 'You Ok, baby? Who do I need to talk to to make sure you're all right...? I got you'. She was just like a mother."

Sumpter's impersonation of the superstar appeared to upset the chat show host, who said, "Now I'm really missing Whitney. You hit it. You hit those beats so perfectly."

The actress grabbed Hall's hand and said, "I'm sorry, I didn't want to make you cry."

The host then joked about editing out his emotional moment before moving on with the interview.