Will Arnett Hints At Even More Arrested Development From Netflix

The comedy actor was speaking on behalf of his new series, The Millers, when he admitted that he'd be open to more AD

Will Arnett's G.O.B. Bluth is one of the integral character's in the recently revived cult comedy series Arrested Development, and any further AD episodes would be truly lacking something is the half-witted eldest sibling of the Bluth clan didn't make a return to any further continuation of the series. Should the show be picked up for any further episodes by Netflix, as far as Will is concerned he'd be more the ready to slip into his magician's hat again and further commit himself to the show. 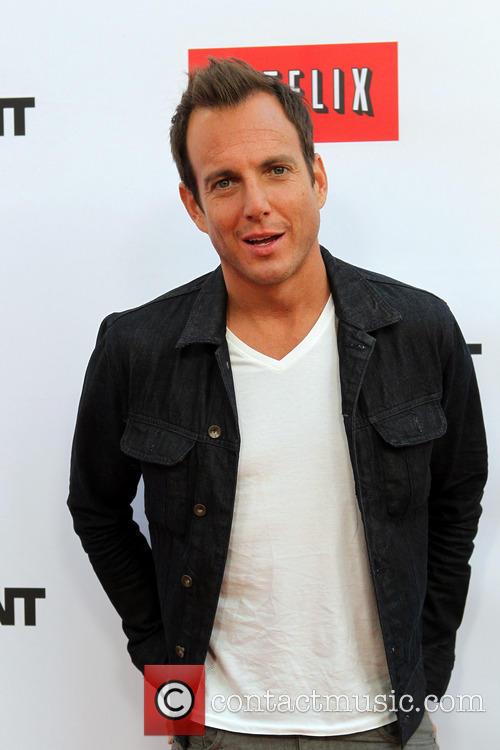 |
Will would be open to even more Arrested Development

During a discussion for his upcoming CBS comedy The Millers, the comic actor discussed his new projects in detail, but couldn't escape the questions surrounding the newly returned Arrested Development. As quoted by AccessHollywood.com, Arnett discussed the show's fourth season, which was met with a mixed response when released earlier this summer, when he was quizzed about the possibility of more episodes. “It’s something that everybody’s open to,” Arnett teased, not willing to give too much away about the proposed fifth season - which is reported being discussed by Netflix bosses and AD creator Mitch Hurwitz.

Continue reading: Will Arnett Hints At Even More Arrested Development From Netflix

Netflix are changing the face of TV.

How do you stop piracy? Do you offer up exclusive content, only available on physical purchases? Do you appeal to the box-set culture, or do you try and exert limitations that make it impossible? All these have been tried, but none of these have worked, and there’s one simple reason: you can’t stop piracy. 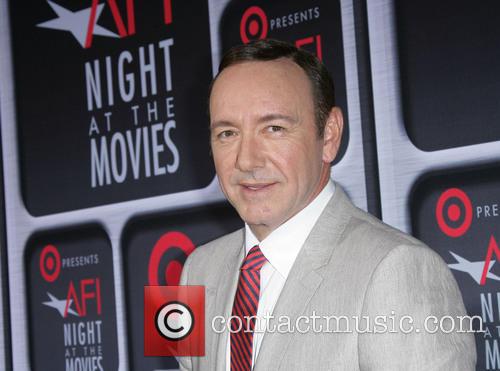 Spacey stars in the online-only House of Cards

But what you can do is make it pointless. With low-costing, subscription-free on-demand streaming services becoming ever-popular – Netflix being the golden child of a generation – watching content when it suits you is no longer illegal, and no longer does it cost loads of money. 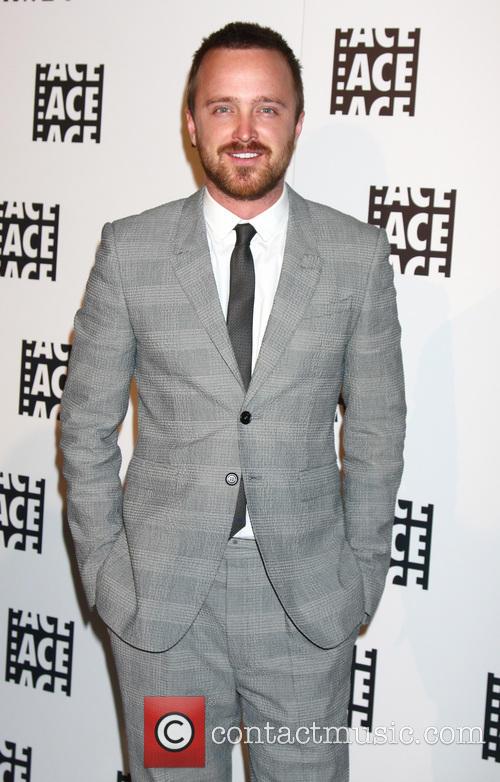 Arrested Development has spurred a development that could get people arrested. It’s also landed us the award for ‘most laboured pun’, which we’re pretty happy about. Despite the entire show being released on streaming service Netflix, the show has been illegally downloaded using the torrent method.

100,000 people either ignored the fact they could get a free one-month Netflix trial and watch the whole season cost free, or they simply didn’t know it. The fact that is was available in its entirety, on a streaming service, has meant less illegal downloads, though. Game of Thrones, for instance, showsn on HBO in America and Sky Atlantic in the U.K, reached millions of downloads, as did shows like The Walking Dead, Lost and Breaking Bad. Arrested Development has received a mixed reception since coming back from the dead. It was cancelled for low ratings, despite being one of the most popular shows of its generation. Seasons one, two and three were all highly rated, and developed a cult following, which lead to this long-awaited return. Perhaps the method of watching it, with many people binging on season 4, and the weight of expectation have dragged it down into mediocrity.

Arrested Development – Back To Its Best?

Has the cult show reached the high standards that it set itself?

You’ve all probably binge-watched Arrested Development now, haven’t you; you consumer-obsessed bunch of popcorn eating, sleeping-bag-clad television addicts. But was it back to its best?

It’s not up to you, really. Sure you’ve watched it, but we have to let the experts decide whether something was good or not. The Telegraph – they’re experts, and they don’t think it’s back to the Arrested best. “Whether or not it was worth the wait depends largely on how tickled you are by the words ‘Steve Holt!’ or ‘motherboy’,” they write. “Embracing the impenetrably self-referential joke-within-joke formula that got it taken off the air in the first place, the new series makes no concessions whatsoever to new viewers.” The Hollywood Reporter were more impressed with the return of this cult classic. Not only is there a real brilliance to how the episodes are constructed,” they write, “but after a slow-ish start (as creator Mitch Hurwitz and his writers no doubt had to get their mojo back, but also because the structure is incredibly intricate and, at first glance, there seems to be a disjointed feeling to them), the comedic payout begins to multiply with each succeeding episode.” 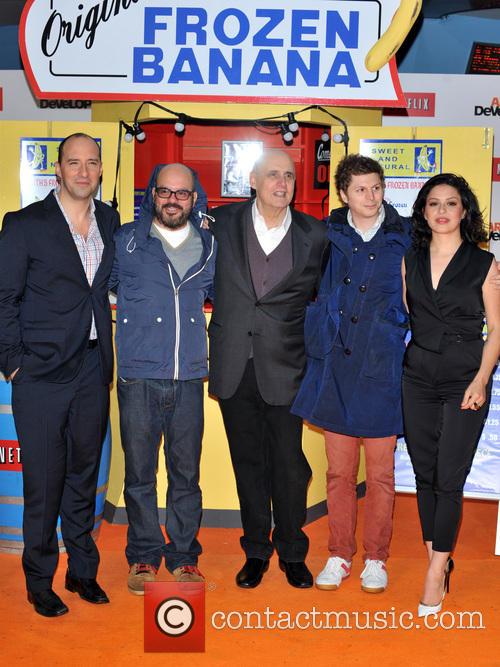 The Arrested Development gang outside the infamous banana stand

Continue reading: Arrested Development – Back To Its Best?

Three cheers for the return of Arrested Development! And another three to the hilarious antics of the cast at the premiere

Yes, the peeps of Arrested Development are cool on screen and off. Or at least we like to think so. The show will finally be back on screen (in a whole new way) next week and everyone is SO EXCITED. Yes, the caps were absolutely necessary there. After a seven-year absence (has it really been that long?) the Bluth family is back in fifteen all-new episodes, premiering May 26th on Netflix. Not only that, but there is also a rumored movie, also written by the creator, Mitch Hurwitz, picking up where the fourth season ends.

Arnett looked casual and relaxed at the LA premiere.

The premiere for said season was held this week in Los Angeles and, of course, Jason Bateman and Will Arnett had to go and make a scene. It was a funny one though and aptly reminiscent of the show, in which Bateman and Arnett’s characters (Michael and Gob Bluth) are constantly at each other’s throats.

The Bluth Frozen Banana Stands are now a chain.

Manhattan got yet another landmark yesterday, as a Bluth's Original Frozen Banana stand (definitely not stolen from a Korean immigrant) popped up in the city to serve New Yorkers with the treat made famous in Arrested Development. In anticipation of the upcoming 4th series of the programme, which is being aired on Netflix, the pop-up stand gave fans a chance to try out the snack made famous on the show, after health and safety ruled out a cornballer stand.

Netflix's marketing ploy will last for most of the week, popping up at different parts of New York for one day only, with the first one opening yesterday across the street from Radio City Music Hall, with others opening at Columbus Circle and in Time Square. Yesterday's stand was placed just down the road from Fox's New Corp. headquarters, the network that cancelled the beloved show in 2006, and managed to gather hour-long queues that snaked down the streets of New York. 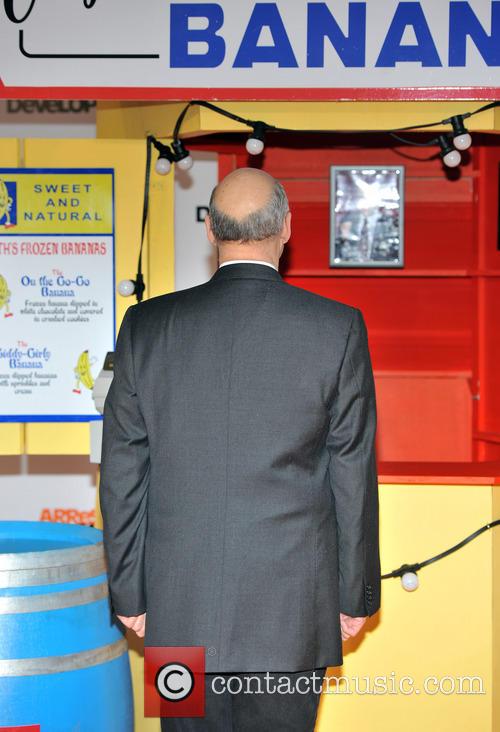 The frozen banana stands were first place in London last week, with queues lasting up to six hours at time. Of course, unlike the British, Americans are not prone to queuing up for long periods of time and the New York ones never quite reached that number. The stand will remain in New York until Thursday this week (May 16) before being shipped to Los Angeles for another promotional push. A rep for Netflix mentioned, “It’s been crazy. People are really into it.”

Arrested Development originally aired on FOX from 2003 to 2006 and has since gained a dedicated cult following. Since then, numerous attempts to bring back the show have been made, with Netflix finally acquiring the rights to the show and commissioning a new series last year. All three  previous series of the show are available on Netflix.

Get ready to say Annyong to some new Arrested Development.

It's almost time, just as the trailer promises, we're at the final countdown until Arrested Development finally returns thanks to Netflix. The trailer for the upcoming fourth season, soundtracked by Europe's biggestc hit, promises us the much needed dose of illusions, birds, uncomfortable cousin tension and of course some of the finest acting you will ever see from the world's most famous openly never-nude in what could be the biggest TV moment to hit the internet.

The trailer tries not to give too much away, but there is an ostrich in it, which will hopefully walk on Buster's pillow at some point, some incredibly detailed set designs (of course) and plenty more references to past jokes. All that in a trailer that is less than 1 minute 30 seconds. 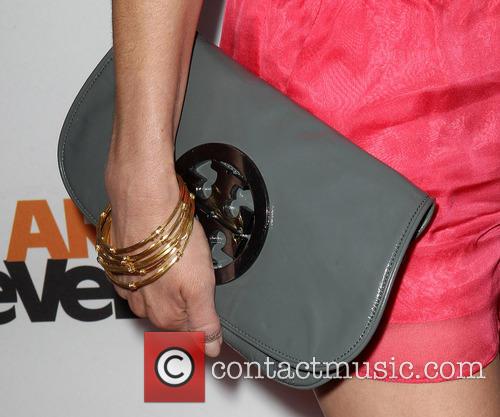 Netflix have announced the date for Arrested Development to return to air, on May 26th!

The anticipation surrounding the upcoming fourth season of Arrested Development is at fever pitch and yesterday (April 4) the good people at Netflix attempted to ease our hyperactive excitement by announcing the airing date of the long-awaited return of the Bluths, on Sunday, 26 May. Just like they did with their first attempt at original programming with House of Cards, the online movie and TV show provider will make all 15 episodes of the show available to stream on May 26, so you can watch them all in one marathon sitting, that is, unless you're chicken of course.

The show will be made available to watch simultaneously across each of Netflix regional platforms, so Australian fans can watch the show as soon as the show becomes available to their American counterparts. Executive producer and show creator Mitchell Hurwitz also announced on Thursday that their will be bonus episode also being released at some point to go with the initially promised 14, with Hurwitz joking in his press release that Netflix chief content officer Ted Sarandos would be "immensely disappointed" with the show. 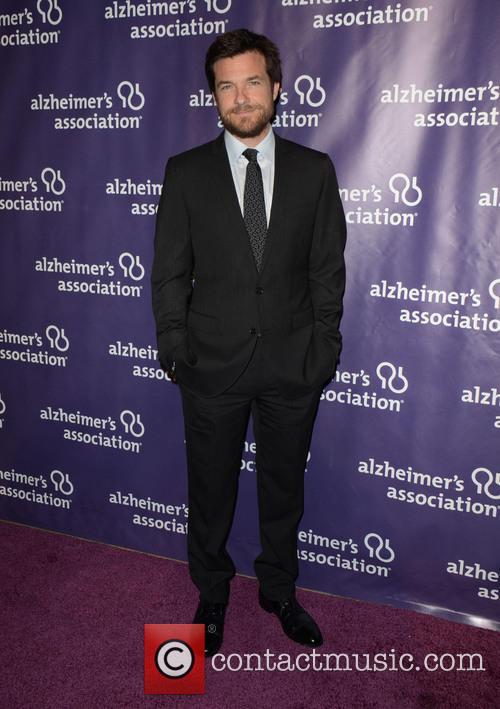 Jason Bateman and co. will return on May 26th! 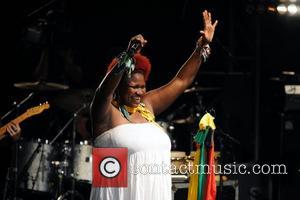 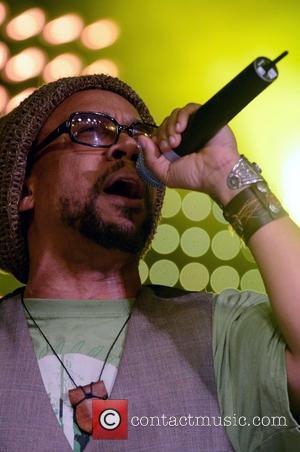