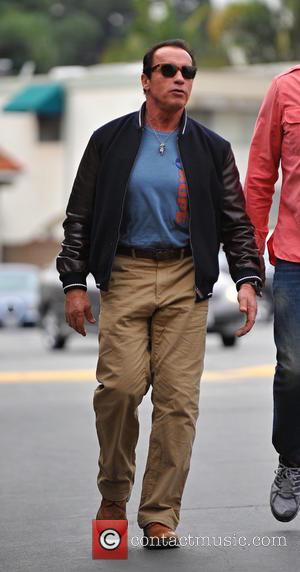 The former Tv journalist, who now works as a special correspondent for America's NBC News, revealed to talk show host Jay Leno that she had tried and failed to score a walk-on part in Anchorman 2: The Legend Continues.

She then attempted to get involved in the promotional events surrounding the film's release, which involved Will Ferrell's movie alter-ego Ron Burgundy joining a number of real live news broadcasts as a bumbling co-host.

However, Shriver was overlooked for that, too, and was annoyed when she learned all the Tv journalists Ferrell had booked appearances with were men.

She explained, "I've seen the first one (Anchorman: The Legend of Ron Burgundy) maybe 10, 15 times and when I heard they were gonna make a second one, I thought, 'Sometimes they have real journalists in them...', so I called and I thought, 'I'll offer myself up 'cause I'll look cool to my kids and stuff', and nothing. I called back again, and nothing, and then I called again, and they were like, 'No, we really don't want you in this movie...'

"Then I heard they were gonna do a promo with real journalists to promote Anchorman 2, so I once again stepped forward, and they were like, 'No, we just want men.' So they had (CNN newsmen) Chris Cuomo, they had Wolf Blitzer and they had Anderson Cooper."

Shriver then decided to take out her frustration on fellow Leno guest Carell, who portrays Brick Tamland in the films, and offered up her services again if movie producers decide to add a third instalment to the franchise.

Turning to Carell, she said, "I don't know if you know, but women do the news too... There are anchorwomen too! So Anchorman 3, I'm putting myself up again! I'm just putting myself up over and over again. Hopefully one day I'll be in an Anchorman movie."