Arnold Schwarzenegger is BACK as Terminator in 'Genesis'.

Arnold Schwarzenegger has promised that the new Terminator movie will be full of surprises. The actor is reprising his role as the robot in the highly anticipated Terminator: Genesis. 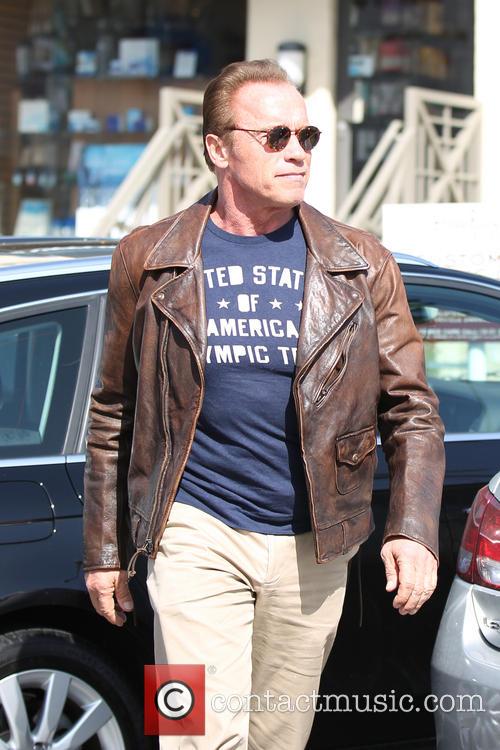 Arnold Schwarzenegger Is Back as Terminator in 'Genesis'

Schwarzenegger was just 37 when he first played the character in the classic 1984 movie but now, at, 66, he says the story is still in context.

"The way that the character is written, it's a machine underneath," he told MTV News. "It's this metal skeleton. But above that is human flesh. And the Terminator's flesh ages, just like any other human being's flesh. Maybe not as fast. But it definitely ages."

To his credit, Arnold admits that the action sequences were more taxing on his body.

"Sometimes it does get more difficult when you're 66 years old and doing this kind of action, versus when you're in your 30s or in your 40s," he revealed.

"Terminator deals a lot with time travel, so there will be a younger T-800, and then what that model does later on when it gets reprogrammed, and who gets a hold of him. So it will be all kinds of interesting twists in the movie, but I feel so good."

"I was upset that I couldn't be in the fourth Terminator, because I was governor [of California]," he admitted. "So they did the fourth one without me, it made me cry a little bit. But I did say, 'I'll be back,' so now I'm back again and it's going to be really terrific."

Terminator: Genesis, also starring Emilia Clarke and Jai Courtney, is due for release on July 1, 2015. We can't wait.

More: Jason Clarke could be John Connor in Gensis