Actor Arnold Schwarzenegger Beat Out Fallen American Football Star O.j. Simpson For The Role Of The Terminator After Proving To Director James Cameron He Was "Menacing Enough" For The Role. 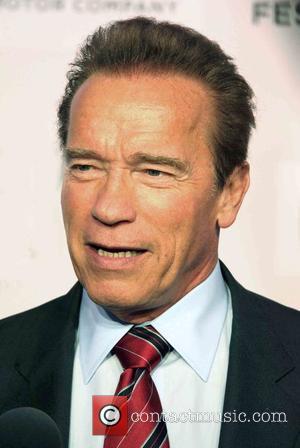 Picture: Arnold Schwarzenegger - A variety of celebrities turned out in numbers for the 2015 Tribeca Film Festival where they attended the premiere for 'Maggie' at...

The star was originally offered Michael Biehn's role of Kyle Reese in the 1984 sci-fi blockbuster, but he persuaded Cameron to rethink his casting.

He says, "James Cameron said, 'Look I would actually like you to play the Terminator, but there's another guy in the running - it's O.j. Simpson... but, after talking to you for a while, I'm going to pick you because O.j. Simpson doesn't look menacing enough'."

Simpson was later acquitted of murdering his wife, Nicole Brown Simpson, and her friend Ronald Goldman in 1995.

He is currently serving time for robbery, kidnapping, coercion and conspiracy stemming from an incident in 2007 in Las Vegas, where he was accused of stealing sports memorabilia from a man at gunpoint.