Arnold Schwarzenegger turned down Die Hard and The Rock

Arnold Schwarzenegger has revealed that he turned down the scripts for 'Die Hard' and 'The Rock' as he didn't want to commit to the scripts. 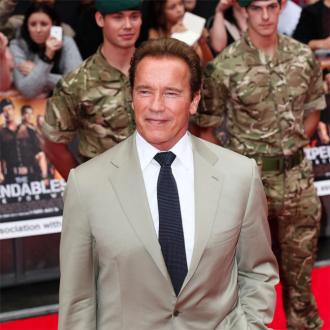 Arnold Schwarzenegger turned down 'Die Hard' and 'The Rock'.

The 'Terminator' actor revealed that when he was offered the scripts for the two films he wasn't impressed enough with them to commit, and Arnold recalled the time when producer Don Simpson came into his trailer ''totally stoned'' with 85 pages of The Rock's script hand-edited by Jerry Bruckheimer.

He explained: ''He says, 'Here, look at this script. But don't read it! Just, here's what the premise is. He was all over the place.

''I said, 'Look, Don. I can't make a commitment based on what you're showing me here. You won't even let me read the script! Why don't you bake it some more, develop it some more then we'll talk again.' ''

He described Don was ''very upset'' when he turned down the role and decided to approach Nicolas Cage instead.

With 'Die Hard', Arnold, 65, says he was given a piece of the script to read, telling Empire: ''There was an unfinished script, which someone gave me and said, 'Would you want to play this?'

''I was working with Joel Silver on 'Predator' and 'Die Hard' was his next movie. So we talked about it but then he hired Bruce Willis.''

Arnold returned to the big screen in 'The Expendables 2' last month, taking on the role of Trench once again.