Arnold Schwarzenegger To Star In Ten

Arnold Schwarzenegger is to star in 'Ten', a forthcoming action movie directed by David Ayer. 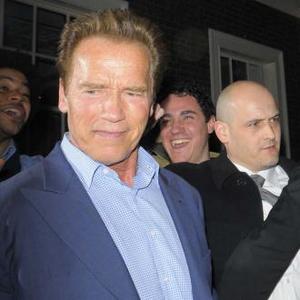 Arnold Schwarzenegger is to star in 'Ten'.

The 'Terminator' actor is ''really excited'' about the movie, which will be directed by David Ayer and centres on an elite drug enforcement agency (DEA) task force which deals with the world's deadliest cartels.

An apparently-typical raid turns out to be an elaborate theft operation the squad had planned. After escaping with millions in stolen cash, the team believe their secret is safe - but one by one, they are assassinated.

Arnold said: ''I am really excited about this project and the team that's come together.

''David Ayer is incredibly talented and exactly what I want for a story this compelling.''

The movie is the latest in a string of projects for Arnold since his term as Governor of California came to an end last year.

He is currently filming 'The Tomb' but can next be seen on screen in blockbuster sequel 'The Expendables 2', which is due for release in August.

He also stars in 'The Last Stand', which will be released in January.