Arnold Schwarzenegger is set to star in new movie 'Black Sands' as a loner who wages war against a weapons manufacturer and his private army. 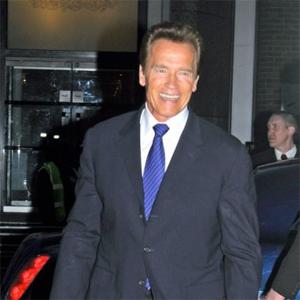 Arnold Schwarzenegger is set to star in 'Black Sands'.

The former Governor of California will play a loner who wages war against a weapons manufacturer and his private army in the Southwest in the movie, which will be co-directed by former stuntmen Scott Waugh and Mike McCoy, who will also executive produce.

'A Good Day To Die Hard' writer Skip Woods has penned The Script while Al Ruddy will produce with Bill Block and Paul Hanson.

The thriller is scheduled for release on February 17, which is President's Day Weekend In America.

This isn't the first movie Arnold has been involved with since leaving public office.

He is also in talks to star in independent action movie 'Captive', in which he would play an American real estate mogul living in Brazil who is kidnapped and held in an armoured truck hidden in a Sao Paolo landfill.

The 64-year-old star will also play a "substantial" part in Sylvester Stallone's 'The Expendables 2' after making a brief appearance in the first film.

In the sequel, Bruce Willis - who also made a cameo in the original 2010 movie - is set to play the main villain and Jean-Claude Van Damme his second in command while Arnold's role is as yet unclear.