Hollywood Veteran Arnold Schwarzenegger Is Adamant His New Tv Role Does Not Spell The End Of His Movie Career. 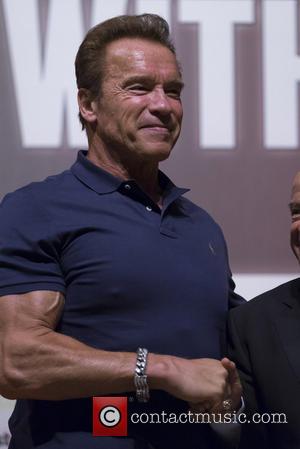 The Terminator star is making a move to the small screen after agreeing to take over from Donald Trump as host of U.S. reality show Celebrity Apprentice.

Arnold will take up his new presenting role when the show returns next year (16), freeing up Donald to pursue his political ambitions in the U.S. presidential race.

The veteran action star previously left Hollywood to further his own political career, serving two terms as Governor of California before returning to the movie business.

However, he has now spoken out to assure fans his new job in TV will not spell the end of his time in Hollywood.

As he accepted a career achievement award at the Zurich Film Festival in Switzerland on Wednesday (30Sep15), Arnold declared that he will be back.

"I'm happy to be back into acting and I'm also very happy that I did my public service," he said. "So I will be doing many more movies."

Arnold was presented with the prestigious Golden Icon Award at the annual movie event in honour of his career achievements.

The festival's artistic director, Karl Spoerri, previously said of the decision to honour the movie veteran: "Arnold has had a transformative career that no one in Hollywood can match and established himself as a global brand, even beyond the box office. We are honoured to present him with our Golden Icon award at this year's festival."