Hollywood star Arnold Schwarzenegger has said the 'Terminator Genisys' cast was like ''a basketball team''. 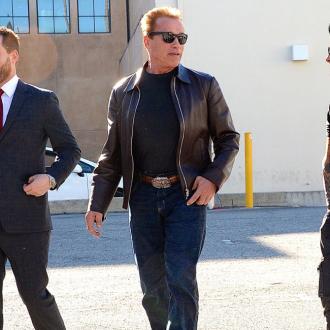 Arnold Schwarzenegger has likened the 'Terminator Genisys' cast to ''a basketball team''.

The 67-year-old star - who's reprised the role of The Terminator in the latest film in the sci-fi series - has revealed just how much he enjoyed working with co-stars Emilia Clarke and Matt Smith.

Speaking at Vue Westfield in London's Shepherd's Bush, the Hollywood star said: ''I was very fortunate that each one of our co-stars and people that worked on the movie were absolutely fantastic to work with.

''Making a movie is like a basketball team or football team. If you all work together you really produce miracles, but if one is out of line, or two, which sometimes happens on movies because of egos, it's not going to click, it's not going to happen.

''On this film everyone was in line and everyone marched in the same direction.''

Meanwhile, Arnold - who served as the Governor of California from 2003 until 2011 - explained that he put his career on hold while in political office because he didn't think it was possible to balance the two careers at once.