Arnold Schwarzenegger Is Back! With The Last Stand 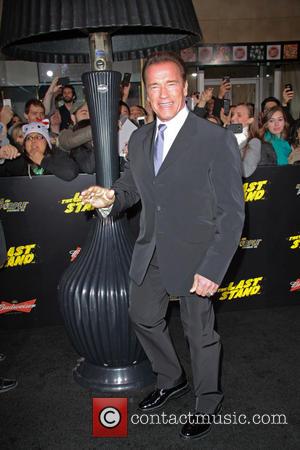 Arnold Schwarzenegger makes his long awaited return as a leading man in The Last Stand, proving he is a man of his word. He did say he'd be back.

The former Governor of California hasn't appeared in a starring role since 2003's 'Terminator' sequel Terminator 3: Rise of the Machines, in which he resurrected his most famous role and not for the last time either. The 65-year-old actor may have had a considerable amount of time out on the sidelines of Hollywood, but that doesn't mean his lost an ounce of his famous Austrian charm that has endeared him to audiences over the decades.

Whilst this film may be called The Last Stand, this is by no means Arnie's last stand in the movies and his most recent foray in front of the camera has shown us that Hollywood have missed their go-to beefcake over the past decade, because no one can do what Arnold does. With Forest Whitaker and Johnny Knoxville helping out, as well as some lesser known actors and actresses (Luis Guzman, Jaimie Alexander, Rodrigo Santoro and Zach Gilford), the film is very much Arnold's show. Had Schwarzenegger not taken up the staring role then it is pretty reasonable to assume that this would be quite an unrespectable release, probably shipping straight to DVD - Arnold does this kind of stuff with movies though so its to be expected.

Arnie-lovers best clear their schedules for the upcoming months too, because the action star is definitely back! After The Last Stand, the Austrian will be back alongside his Expendables co-star and fellow 80's action hero Sylvester Stallone in The Tomb and following that we have Captive, a hostage film also slated for a 2013 release. And then there's even more after that, with the fifth Terminator instalment and Twins sequel, Triplets, being the pick of the bunch. Frankly, we can hardly wait!