Arnold Schwarzenegger Is Facing A Lawsuit From The Family Of A Prisoner Who Allegedly Died After Contracting A Disease In Jail While The Actor Was Governor Of California. 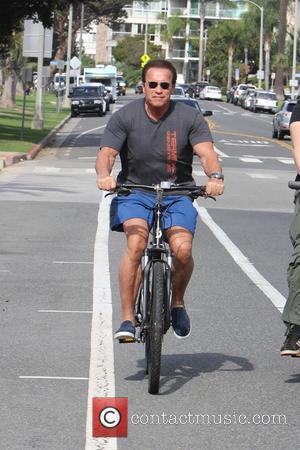 The Terminator star was in office between 2003 and 2011, during which a fungal infection called Valley Fever broke out at a number of state prisons in California.

Schwarzenegger has been previously sued over his alleged negligence by inmates, and he is now facing a further lawsuit over the death of Rodney Taylor, Sr., who was held at Avenal State Prison from 2010 to 2014.

His family, who filed the legal papers, claim Taylor was exposed to the infection while in custody and it eventually killed him.

They accuse Schwarzenegger and other politicians of neglecting to "warn and properly educate" about the disease and failing to eliminate the virus.

The relatives are asking for unspecified damages and for burial expenses to be covered, according to TMZ.com.

Schwarzenegger is also facing a lawsuit from 22 current and former inmates from Pleasant Valley jail, who want damages for exposure to the disease and costs for their subsequent medical care.