Arnold Schwarzenegger has sex five times a day with a harem of women, according to his 'True Lies' co-star Tom Arnold. 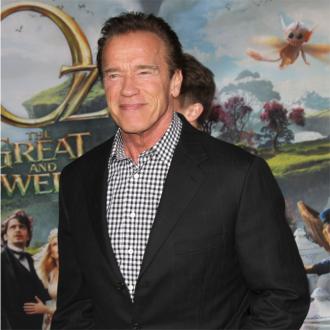 The 66-year-old actor - who split from wife Maria Shriver in 2011 after 25 years of marriage when it was revealed he fathered a child with his maid - has several female companions to satisfy his daily desires which helps him to stay in ''great shape'', his 'True Lies' co-star Tom Arnold has claimed.

The 54-year-old star said: ''Arnie has a tremendous sex drive. There are women who come over. He is not lonely. He has female companions.

''He does have a lot of needs and he believes it is all part of the fitness. Five times a day, as he says. It is a good number. A lot of women won't do that, but he is in great shape.''

As well as playing host to a harem of women, Arnold - who is thought to be dating physical therapist Heather Milligan - also surrounds himself with several scantily-clad hunks who like to work out on the front lawn of his Los Angeles home.

Tom added to the Daily Star newspaper: ''There are guys in their underwear. It's a weird scene.

''When you pull up in your car they all scamper out. He is trying to live life like a king.''