Arnold Schwarzenegger 'excited' to be back as The Terminator

Arnold Schwarzenegger has revealed he's very ''excited'' to be playing The Terminator for a fifth time in 'Terminator Genisys' because it's one of the few action roles in Hollywood to have always been portrayed by the same actor. 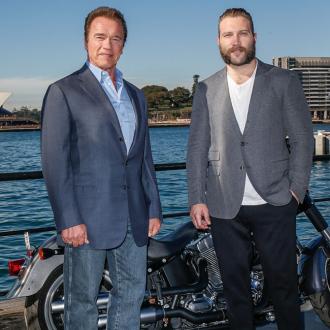 Arnold Schwarzenegger is ''very excited'' to be reprising the role of 'The Terminator' for the first time in 12 years.

Referencing the famous line, ''I'll be back'', the 67-year-old actor has insisted the T-800 cyborg - which he is playing for the fifth time - is unique as a character, because it has always been him in the role, as opposed to recurring characters like James Bond or Batman who have swapped actors over the years.

Speaking at the Australian premiere of 'Terminator Genisys' on Thursday night (04.06.15), Schwarzenegger said: ''It's great to be back. I promised I'll be back, right? I was very, very excited to be part of it.

Schwarzenegger is joined in the movie by Emilia Clarke, Matt Smith and Jai Courtney among others.

Jai was initially sceptical about starring in the sci-fi sequel but once he saw the script he knew he had to sign up for the role of Kyle Reese.

Speaking to the Sydney Morning Herald newspaper, the 29-year-old actor said: ''My reaction was probably one of a healthy amount of scepticism because you question the need and desire to do [it] at a certain point, but when I read the script and saw what they were trying to do with it and how intelligent the concept was, I was really intrigued.''