Arnie was on a brief sightseeing tour of the Scottish capital when he started cycling up a busy road the wrong way.

Arnold Schwarzenegger grabbed headlines for the wrong reasons on a visit to the Scottish capital Edinburgh this week, as he was photographed cycling on the wrong side of the road, apparently forgetting he was in the United Kingdom.

The actor-turned-politician-turned-actor, 68, is on a brief tour of meet-and-greet sessions around Britain, and while in Edinburgh on Wednesday (January 20th) decided that he would do a spot of sightseeing. Initially, the Terminator amazed fans by taking selfies and chatting to them, describing the city as “beautiful” in a Twitter post, before setting off. 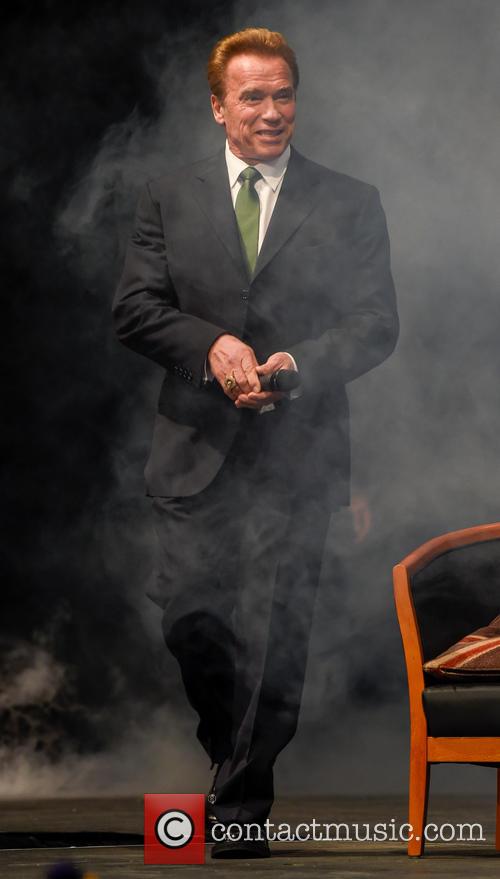 When he did so, he seemed to forget where he was and started cycling up the busy Lothian Road into two lanes of oncoming traffic. The amusing moment was captured on video by BBC Scotland, and in the clip reporters and onlookers can be heard calling after him “You’re on the wrong side of the road sir!”

An onlooker told ITV News: “There were two lanes of traffic coming towards him. He was risking his life. Also, he wasn't wearing a helmet. He was very cheery and very happy and looked like he was enjoying himself. He then stopped in the middle of a junction and took selfies with his pals. It was irresponsible.”

Well, if you’re the Terminator and can’t get away with not wearing a helmet while cycling, what can you do?

Hi Arnold @Schwarzenegger, make sure to visit us at Easter Road Stadium on your tour of the city

Schwarzenegger was in the city for an event at the International Conference Centre, where he hosted a Q&A session and was at one point asked about his rivalry with fellow hardman actor Sylvester Stallone in the ‘80s.

“We hated each other because we both had big egos,” he said about Sly, with whom he’s co-starred in three Expendables movies. About his stay in the city, he said: “I have never been to Scotland or Edinburgh before but the next time I come I'll be able to say it's great to be back.”

More: Arnold Schwarzenegger gets nostalgic as he reflects on ‘Terminator: Genisys’